Symphonic Rock Icons Renaissance To Tour The US Fall 2016

Also making a long awaited return to the Midwest!
Symphonic rock icons Renaissance featuring legendary singer Annie Haslam will be performing in the US in support of their latest DVD release “Live at The Union Chapel”! Filmed at The Union Chapel in London UK on April 16, 2015 by Paul Green Productions, with lighting by Russell 'Tigger' Matthews, the DVD features Renaissance performing such favorite classics as “Carpet of the Sun”, “Ocean Gypsy”, “Mother Russia”, “Ashes are Burning” and newer pieces “Symphony of Light” and “Grandine il Vento” to an ecstatic audience! Also included are informative band interviews. The DVD is NTSC all-region, with LPCM stereo and Dolby Digital surround audio tracks.

In the early years Renaissance toured Europe extensively. It wasn't long before influential progressive rock stations in the US, such as WNEW (NYC), WMMR (Philadelphia) and WHFS (Washington) were turning on America to Renaissance. Before too long the band started thrilling concertgoers on the world's most distinguished stages, from Carnegie Hall in NYC with the New York Philharmonic Orchestra, to the Royal Albert Hall in London with The Royal Philharmonic Orchestra and Royal Chorale Society. In 1978 they had a top ten hit in the UK with 'Northern Lights', which has become a classic radio favorite, still demanding regular airplay to this day.

The band eventually disbanded in the late 1980's at which time Annie Haslam launched a solo career. In celebration of the 40th anniversary of the original founding of Renaissance, Michael and Annie in 2009 decided to form a new touring band. More recently they have toured the UK, Belgium, Holland, Israel, Portugal, North America, Canada, Japan and South Korea and produced their first album in 13 years entitled “Symphony of Light”. The album is a testament to the unforgettable melodies that Michael Dunford infused into his work, Michael died prematurely in 2012.

Renaissance toured Europe in April 2015, the first in over 35 years! The tour was very successful and the fans loved every minute! They returned to England in April 2016 for another successful tour of concert halls and opera houses.

Watch the recent Renaissance/Annie Haslam music video for Cry to the World (with Ian Anderson on flute!): 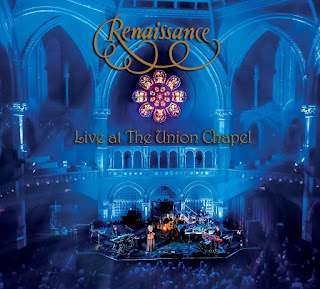