Rock/Metal Review: Bang-Mother/Bow to the King 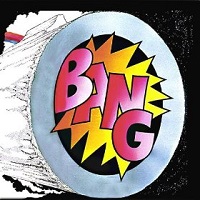 Every era has its superstars, the acts and bands that shine brighter than the rest of the pack.  They top the charts, play to sold-out crowds, and amass millions in record sales. They influence the next generations of musicians and their songs and go on to become a staple of pop-culture, while sounding as good now as they did decades ago when they were first released.  Then there are the bands that get lost in the shuffle.  They have plenty of talent, and maybe a hit song or two, but they were never able to make it to the next level for whatever reason.  Bang is one such band.

Formed in Philadelphia, Pennsylvania not long after Woodstock in 1969 by two high school friends, Frank Glicken (guitar, vocals) and Frank Ferrara (bass, lead vocals), they were joined by Tony Diorio (drums) after he answered their ad in a newspaper.  One of the earliest American bands to venture into the heavy metal genre, there were hopes of them being the American answer to Black Sabbath. They signed to Capitol in the early 70s, and eventually put out three albums, with the single “Questions” making it into the top 100.  They were never able to duplicate its success and broke up after the release of their third album.

Bang and Mother/Bow to the King are re-issues of their first two albums, originally released in 1971 and 1972.  They are a joy to listen to, making it a real shame that they could not manage to keep things together, because there is a lot of quality music one these two albums.  It makes one wonder what they would have produced during the rest of the 70s if they never broke up.

The opening of “Lions, Christians” is a great attention grabber with its caustic and distinct guitar riff.  This is an ace of a hard rock song with some heavy presence.  This is a solid example of the early 70s hard rock sound that has such a close kinship with heavy metal, a nice mesh of the right speed with a heavy sound.  “The Queen” is sure to be a pleaser as it gives off a very strong Led Zeppelin vibe.  “Last Will” takes the tempo down a notch.  The sound is a bit more pop oriented, with a strong Beatles influence on this one.

“Come with Me” picks things right back up with another soulful hard rock song. The guitar parts are a real standout here, being very memorable and unique. One of the album standouts, “Our Home,” is such a fantastic rocking tune, and should really be essential listening for hard rock fans. It is one of those songs where their skill, talent, and promise can be heard.  Over forty years later, it still sounds so fresh.  “Future Stock” is slow, heavy, and ahead of its time. This is one of those songs where their proto-metal sound can clearly be heard. “Questions” is straight up and kills it with its seductive bassline, and the drums complement it fantastically. Closing of the album is the post-apocalyptic sci-fi themed “Redman,” that is almost too catchy for its own good. 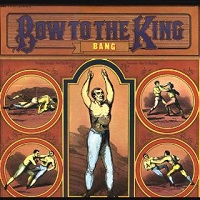 Mother/Bow to the King is their 1972 follow-up to their self-titled debut. The opener, “Mother,” is pleasant sounding folksy song, so feel free to clap along. It retains their hard rock flair with the guitar solo near the end.  One listen to “Humble” and it is easy to see why these guys are categorized as proto-metal with the heavy hard rock sound of this song.   “Keep On” is a solid rock song memorable for its funky guitar.

“Idealist Realist” brings the heavy proto-metal sound of “Humble” back.  The cover of The Guess Who’s “No Sugar Tonight/New Mother Nature” clashes with the rest of the songs and sounds so out of place on this album.  “Feel the Hurt” is an emotional lighter rocker.  It is not as heavy as “Humble” or “Idealist Realist,” but it has plenty of passion behind it.  Following it up is “Tomorrow,” an up-beat rocker.  “Bow to the King” starts off slow and mellow and has an almost dreamlike quality to it.  It is a successful divergence from their usual hard rock and metal sound that veers into progressive rock territory.  It is a serene closer to an interesting sophomore album.

These Bang re-issues are a true blast from the past.  Bang is one hidden gem of a band that deserves to be rediscovered.  Bang and Mother/Bow to the King are two highly creative and skillful albums that you cannot go wrong with.  If you are in any way a fan of hard rock, heavy metal, or of music from the 70s in general, then these Bang albums should definitely be in your collection.