The musical musings Johnny Wore Black an artist who uses words to draw listeners in to his unusual tales to create a powerful and cinematic sound.  No surprise as you might have recently seen this A-list stunt performer playing a Wildling alongside Mastodon on the recent episode of Game of Thrones!

Classic Rock premiered the Comfy Slippers video, making it their 'Track of the Week': http://www.teamrock.com/features/2015-06-05/classic-rock-s-tracks-of-the-week-29

You can also see the stunning animated video for ‘Firefly’ below, with sketchy, monochrome visuals augmenting a classy song about facing your own personal demons head on and the inherent challenges therein. Check the video premiere out on Loudwire: http://loudwire.com/johnny-wore-black-firefly-exclusive-video-premiere/ 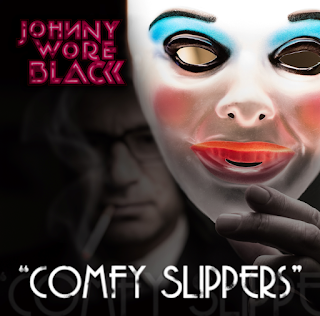 David Ellefson of Megadeth chose to work alongside Johnny Wore Black on production duties, as did Grammy Award Winner David Bottrill. The fact that such storied veterans of the business believe in the music of Johnny Wore Black goes some way to confirming the potential of this unusually dark artist.

In the words of David Ellefson himself: