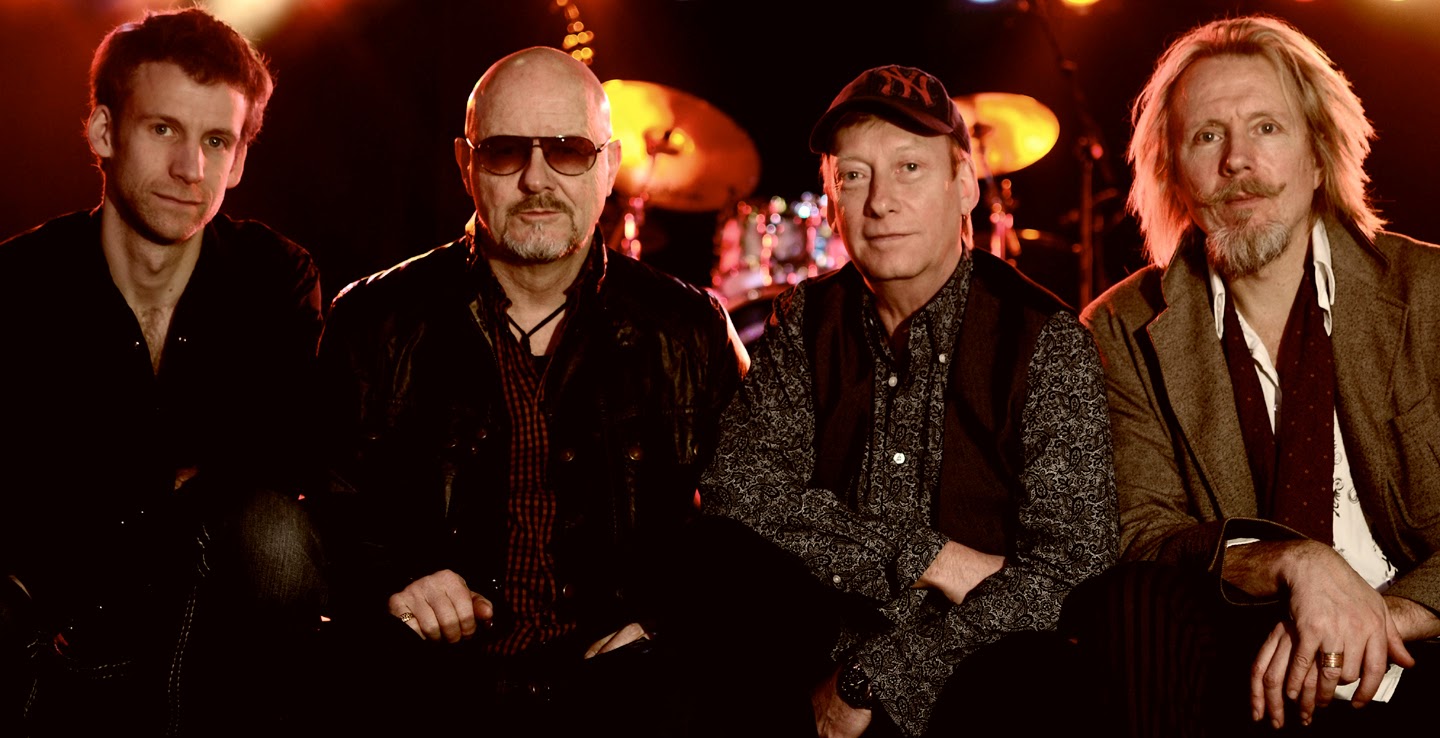 Wishbone Ash, one of the most influential guitar bands in the history of rock, returns to these shores in April 2015 for the first leg of their Pilgrimage North America Tour. Following spring and fall tours in 2014 that featured the group's best-selling “Live Dates” album, this year Wishbone Ash will present classics spanning their 46-year career and showcase selections from their latest release, “Blue Horizon.”

After logging more than 20,000 miles touring North America last year, the group will begin their 2015 spring tour in Vancouver, British Columbia, winding down the West Coast of the US and then heading across the South – hitting cities that include Portland, Seattle, Oakland, San Juan Capistrano, Ramona, Phoenix, Austin and Dallas. Visit www.wishboneash.com/tourdates for the complete schedule.

“The 'Live Dates Tour' went just great,” says bandleader and founding member Andy Powell. “To play Texas and California out West, and Mississippi in the Deep South, for example, was really nice. You realize just how popular guitar-based rock is in these places. We aim to repeat the experience and build on it this year.”

The title of the 2015 tour is a nod to the Wishbone Ash's beloved “Pilgrimage” album, but it's also a fitting way to describe what has become an annual journey filled with familiar faces and places. “Each year when we tour countries on our world circuit, these visits feel like pilgrimages to all our old haunts,” says Powell. “We visit venues we've performed in multiple times over the years. We know the staff there, we often stay in the same hotels, visit the same restaurants, we see the same folks thousands of miles apart. The fans, of course, are the major component. We catch up on their stories and their lives.”

According to Powell, the album's diversity reflects the culmination of several factors. “The band basically lives together year-round, so we have a very strong level of communication that translates in our performances and recordings,” he says. “We've come to an era where the industry has to pigeonhole a band as Classic Rock, Prog Rock, Heritage Rock and so on. The truth is that we have always kept our options open and always relied on the musicianship of the players to lead the way. It's fun to be stylistically diverse and this has, in its way, contributed to our longevity.”

While they're making pilgrimages to various parts of the globe, Wishbone Ash will undertake some live recording projects, as well: one a vinyl-only limited release direct from Metropolis Studios in Chiswick, London; another to be recorded over a three-day residency at Le Triton in Paris for a DVD release.

Powell also plans to publish his autobiography this fall. “It's quite an undertaking to put 45 years of being a touring musician in this one band into book form,” he says.

Formed in 1969, Wishbone Ash has to its credit 24 original studio recordings, 10 live albums and four live DVDs along with a DVD rockumentary (“This is Wishbone Ash”). The band is led by founding member Andy Powell on guitar and vocals, trading licks with Finland’s guitar wizard Muddy Manninen. Bassist Bob Skeat, an 18-year veteran of the band and in-demand studio musician, sets the pace with Joe Crabtree, one of the best of Britain’s new breed of drummers whose performance credits include Pendragon and David Cross of King Crimson.

Lynyrd Skynyrd cites Wishbone Ash as a primary influence on their style along with Thin Lizzy, Iron Maiden and, more recently, heavyweights like Opeth. All have been transformed by the original, legendary twin-guitar approach of Wishbone Ash. There is no other rock band in history that has done more with the twin guitar concept than The Ash.