Leaders Of The New Psych Rock Movement Pay Tribute To The Original Riders On The Storm, The Doors! 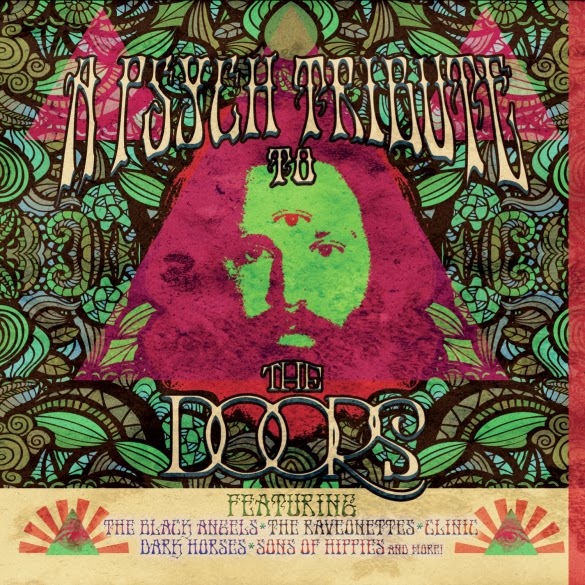 Los Angeles, CA - Doors fans, prepare to have your minds blown all over again! On March 4th, L.A.-based indie label Cleopatra Records will release A Psych Tribute to The Doors, a heartfelt salute to the hometown heroes who put L.A. on the astrological map, legendary psychedelic rock band The Doors! Contributing to this epic tribute are several leaders of psych rock’s next wave of sonic visionaries including Danish indie rockers The Raveonettes, British post-punk revivalists Clinic, and Austin TX psych rock superstars The Black Angels whose fuzzed out version of “Soul Kitchen” is currently available as an “instant gratification” track on the iTunes album pre-order here: http://georiot.co/cnH

Formed at the apex of the 20th century’s most tumultuous decade, The Doors led a musical and cultural revolution, shaking up notions of what rock bands looked like and sounded like. A quartet with electric organ substituting for bass guitar and led by a shaggy-haired hippy/philosopher/poet with model looks, the band released just 6 albums with front(mad)man Jim Morrison, yet those albums contained enough classic songs to inspire and influence a legion of bands. From the sexy tease of “Light My Fire” to the bluesy sleaze of “Love Me Two Times”, not to mention the pioneering experimentations of “Riders On The Storm” and “The End,” the legacy of The Doors endures precisely because their songs transcended time and place, reaching outward and touching artists and musicians generation after generation.

No wonder then that when the call was issued for participants on this tribute album, many – like stoner rock icons Dead Meadow – leapt at the opportunity. “From the very beginning of our band to recording in the hallowed halls of Sunset Sound, where the Doors recorded all of their classic albums, we would listen to the mystical sounds of the Doors for magic. The escapism and dark tunes were a huge influence...It was an honor to be able to reinterpret them...” Montreal’s Elephant Stone likewise enthuses, “When asked to be involved with this tribute I knew I did not want to just play a Doors tune; I wanted to reinvent it...So, we reconstructed ‘L.A. Woman’ as a drone-y psyche tune that maintained the West Coast vibe but with an added dash of Madchester, a sprinkling of Live at Pompeii and swirl of backwards sitar. Mojo rising indeed.”

Pre-order the album on iTunes: http://georiot.co/cnH