Music Industry Veteran Rick Levy To Release New Memoir High in the Mid-'60s: How to Have a Fabulous Life in Music without Being Famous on Crossroad Press 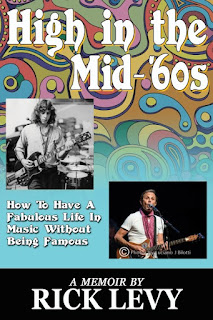 St. Augustine, FL - High in the Mid-'60s: How to Have a Fabulous Life in Music without Being Famous first started as Rick Levy's journal where he wrote about discovering his roots and what turned out to be a lifelong passion realized. Readers will discover High in the Mid '60s is a memoir, rock and roll everyman story, spiritual discovery, survival manual and an anecdotal treasure chest of life on the road. Rick went from being a member of The Limits, a garage band, to having a failed major label recording contract, to running an indie label, then going on to become one of the top managers and bandleaders in the '60s genre.

Divided into chronological sections, starting with his childhood, Rick shows that one can have a successful career in the music industry and still avoid the chaos that often comes with fame. One could say that this passion for music all started with Rick's “Uncle” Elliot who presented him with the first Elvis Presley album, then not much later, a record player and tape recorder. Inspiration abounded, and Levy went on to work with notable pop rock artists, including the Herman's Hermits, Tommy Roe, Freddy Cannon, Jay & the Techniques, The Tokens and Bo Diddley. He is currently the manager and guitarist with Memphis legends, The Box Tops.

Anyone wanting to know more about the business, especially with the music explosion that the '60s brought, will devour this entertaining memoir. Larry Klein, executive producer of Dick Clark Productions, American Music Awards and more says, “Rick is one of those lucky people who has made his love his life…and his vocation…and it shows in the way he performs and respects the artists and music. And, he does it damn good!”

Now Rick can add author to his repertoire.

“Yes, yes, yes, you are a real rocker…you play guitar like it's supposed to be played.” - Freddy cannon, rock and roll singer. 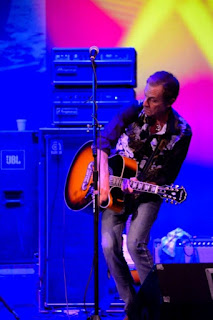 Rick Levy is an internationally known musician, manager and tour manager. His career began in early 1960s in Allentown, PA with The Limits. He went on to receive a BA in sociology from University of Pennsylvania and an elementary education certification from Moravian College. From 1985 until the present, he has been manager and/or bandleader. Levy is also a trained transcendental meditation teacher, yogi, and professional ceramic artist with his own “Glazed and Confused” pottery studio in St. Augustine, Florida where he resides. His son, Jonah, is a sought after special effects makeup artist based in Atlanta, Georgia and co-owner of Blue Whale Studios. You may find out more at www.ricklevy.com . Photos included. Rick is available for interview.