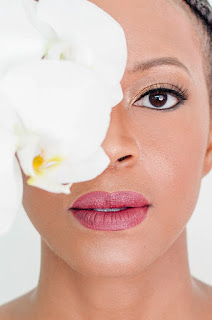 Soul songstress Jae Franklin is back with her new single release ‘Weary’ in which she paints a picture of our times inspired by recent global and social issues that have fuelled worldwide protests and demonstrations.

Described as a “talented chanteuse and citizen of the world [who] has a way with a musical phrase nearly unmatched by most of her peers” by the award-winning music website Soulbounce, Franklin is a multitalented singer who combines vocal savvy à la Whitney Houston with an activist heart.

As a follow-up to her captivating R’n’B song ‘Higher’, ‘Weary’ is a mystifyingly beautiful examination of the struggles that people go through in our day and age. Written and produced by Kwame Busia, the lyrics read: “Someone told you that you’ve got so much to give but you’re preoccupied with just trying to live.” Touching upon one of the most profound struggles that exist within human nature, ‘Weary’ is also an affirmation of hope which is so convincingly portrayed in Franklin’s vocal interpretation.
Listen here:

Jae’s artistic career goes a long way back to her Grade School days when she and her sister were in a band called Girls Tyme with former classmate Beyonce Knowles and Kelly Rowland before the days of Destiny’s Child.  Born and raised in Houston, Texas, the singer eventually moved to Dubai where she has successfully honed her skills and managed to get noticed by the public eye with media coverage in the United Arab Emirates, the US and the UK.

Having always dreamed of broadening her artistic work and getting into the spheres of political activism, Jae would like to someday be able to become an ambassador for the UN Human Rights Council to raise awareness about refugee crises and social issues. She declares: “I would like to use my music as a platform for change and become a catalyst for change to heal the world and make a difference.”  Being an artist who values the opportunity to “give back” she has worked and performed for a variety of charities in the past. The social commentary in ‘Weary’ is yet another way for her to raise awareness and provoke thought in a world that is in desperate need for global solutions in terms of social justice.
LINKS:
http://www.facebook.com/jaefranklin
http://www.twitter.com/jaefranklin
http://www.soundcloud.com/jaefranklin