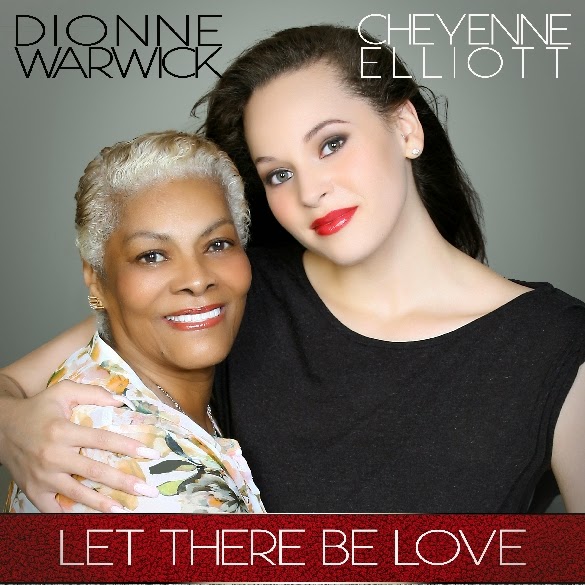 New York, NY – A brand new star has appeared on the US music scene; her name is Cheyenne Elliott. Cheyenne is the granddaughter of iconic singer Dionne Warwick, and a cousin of the late superstar Whitney Houston. In early 2014, producer Narada Michael Walden discovered her exemplary vocal talent and invited her out to Tarpan Studios in San Rafael, California, where Whitney, Aretha Franklin, Mariah Carey and many other artists recorded some of their biggest hits. The young New Yorker was signed to Narada’s Tarpan Records. She will initially release a string of dance music mixes in the winter of 2014-15. Her debut EP is slated for release in early 2015.

Cheyenne’s talent was recognized at the tender age of 9 years old, at which time she started singing in public. Her grandmother, Dionne Warwick, called her to the stage to sing during a performance of her massive worldwide hit “That’s What Friends Are For” in Coney Island, New York. Even as a child she wowed the audience. Cheyenne learned her craft and drew innately from being born into a family of music royalty, including her grandmother, her father David Elliott - who co-wrote Luther Vandross’ massive hit “Here and Now,” and her late superstar cousin Whitney Houston. Dionne would play an instrumental role in Cheyenne’s development as a performer.

By the time Cheyenne was 10 years old, she demonstrated her immense talent while visiting recording studios in the Los Angeles area. She made subsequent appearances with Dionne at renowned venues throughout her youth. The audience’s appreciation of her vocal prowess led to summers traveling with her “Grammy,” performing in dozens of countries all around the world. She made a very special appearance celebrating Dionne’s 45th anniversary of recording at the Hollywood Palladium. Another performance honor included her Carnegie Hall debut at age 12, opening for legendary singer Gladys Knight. At 12 years old, Cheyenne also appeared on Dionne’s My Friends & Me album. She lent her vocals to a duet entitled “Love Will Find A Way,” a song that Dionne had previously recorded with Whitney. Cheyenne later joined Dionne, David, Whitney, Cissy Houston, Dee Dee Warwick, Bobbi Kristina Brown, Felicia Moss and others from the family on the recording of “Family First,” which appeared in the Tyler Perry movie Daddy’s Little Girls.

Cheyenne is following in the socially conscious footsteps of her grandmother, whose 1985 charitable recording of “That’s What Friends Are For” raised awareness and funds all over the world to help people suffering from the plight of AIDS. Cheyenne is featured on Dionne’s brand new release, Feels So Good. Narada produced a touching duet of the dynamic grandmother and granddaughter, entitled “Let There Be Love”.

The song happens to be written by Narada along with Shannon Rubicam & George Merrill, who wrote two of Whitney’s biggest hit songs: “How Will I Know” and “I Wanna Dance With Somebody (Who Loves Me).” On the Feels So Good album, she joins the company of other luminaries such as Gladys Knight, Cyndi Lauper, Ne-Yo, Cee Lo Green, Jamie Foxx, Billy Ray Cyrus and many other greats.

Tarpan Records, in association with dance music powerhouse Dauman Records, is releasing a series of dance mixes of Cheyenne’s song “With You”. “With You,” which she co-wrote, is intentionally reminiscent of the classic disco era. The mixes are destined to heat up dance floors throughout the winter of 2014-15.

Cheyenne will be making many appearances over the next few months, including some major performances with Dionne Warwick in support of Feels So Good and their duet “Let There Be Love.” Cheyenne currently performs in nightclubs in and around New York City fine-tuning her craft, most often including Ashford & Simpson’s Sugar Bar.

Cheyenne’s duet with Dionne Warwick titled “Let There Be Love” is available now on iTunes:
https://itunes.apple.com/us/album/let-there-be-love-feat.-dionne/id933306159

For information about her new single, EP and dance mixes, please visit: www.tarpanrecords.com