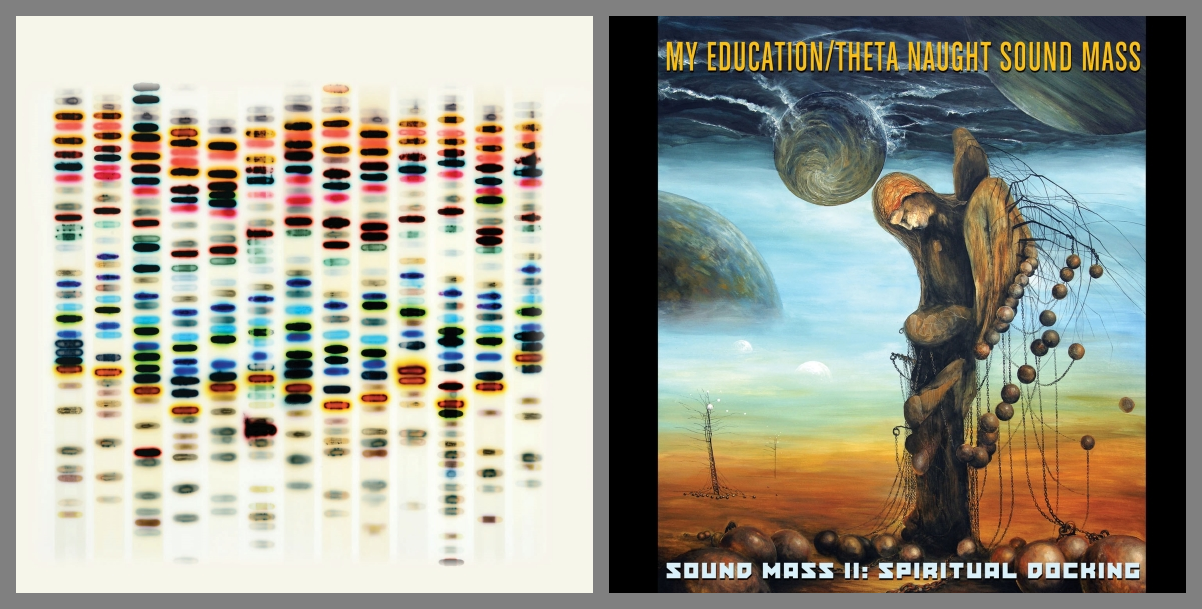 Los Angeles, CA - Home to South By Southwest (SXSW), one of the largest and most prestigious independent music festivals today, Austin TX has long been renowned for an abundance of extraordinarily talented musicians and bands who push at the edges of rock music’s boundaries, artists such as Roky Erickson (13th Floor Elevators), Spoon, The Black Angels, Explosions In The Sky, and many more! Following in those prestigious footsteps come two brand new projects that venture into the wild blue Texas yonder: first, a new album from legendary psych space institution ST 37 called I’m Not Good, and second, an adventurous improvisational collaboration from the collective known as My Education / Theta Naught Sound Mass, called Sound Mass II: Spiritual Docking. Both albums will be released on October 14 by L.A. independent record label Cleopatra Records!

Since their formation in January 1987, Texas psych/space rock legends ST 37 have released a slew of critically acclaimed albums and shared the stage with artists like Sonic Youth, Acid Mothers Temple, Hawkwind, Chrome, and Guru Guru, all of whom have been influential in the development of the band. In fact, the band draws its name from a song off of Chrome’s Alien Soundtracks and more recently, longtime ST 37 member SL Telles joined Guru Guru co-founder Mani Neumeier and Jürgen Engler of Die Krupps on the new krautrock project Guru Freakout. ST 37’s newest offering, I’m Not Good, finds the band challenging both themselves and audiences with densely layered compositions that entrance and astound!

My Education / Theta Naught Sound Mass, on the other hand, is a joint venture by two extremely well regarded post-rock bands, My Education and Theta Naught. Pairing classical string instruments (cello, viola) with standard rock elements (guitar, bass, drums), this duo produces a gorgeously cinematic soundscape along the lines of Godspeed You! Black Emperor and early Pink Floyd. Sound Mass II: Spiritual Docking, as the title suggests, is a sequel to the 2011 recording that first brought these two bold and fearless collaborators together. And like their previous effort, this album is a daring partnership between two highly adventurous improvisational bands!

The dirt road of psychedelia is taking you back to the place where it started. Dig it!