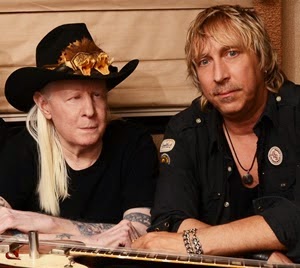 Paul Nelson had been working with Johnny Winter Since 2001 as his guitarist, producer, song writer and above all trusted friend. After several years I got a chance to talk with Paul again, about the man’s music, his untimely passing, and the latest album release and what he plans to do now.
MuzikMan:Paul it was great to talk to you again after all these years!  The last time we met was in January 2009 at a gig. I know it’s been hard on you losing Johnny so suddenly.
Paul: Yes it was a great personal loss! We were very close
MuzikMan:What did you learn from Johnny over the years as a musician? 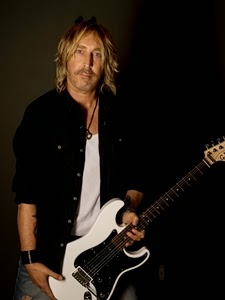 Paul: Johnny took me under his wing and upon himself to show me everything he listened to and learned from. I was very honored.
MuzikMan:  Certainly what happened was unexpected.  Do you know now what the cause of Johnny’s death was? Was he in your eyes healthy in every way at the time?
Paul: I fear that the final cause of Johnny's passing will be related to his battle with emphysema. He had quit smoking 3 years earlier, but the damage was already done. He had a clean bill of health in every other respect. He exercised both on and off the road, he had stopped doing everything that was bad for him. He was on top of his game.
MuzikMan:  How many performances were you and Johnny doing every year before he passed?
Paul: We were doing between 100 and 140 shows every year for 8 years. He loved performing; he loved traveling on our tour-bus, and loved the road!

MuzikMan:  I understand you have been incredibly busy for many years, what changed in your life due to recent events? Are people coming out of the woodwork knocking on your door now?
Paul: Actually - yes - that is the case! I have received many offers from companies for my next solo project, and I am working on material as we speak. Johnny always expressed his support to me in that respect; he always wanted good things for me and my career.
MuzikMan:  Johnny’s new album sounds amazing and there are so many legendary performers on it. I am sure he was very proud of the recording. Can you take us through how it all began and how it was all pieced together to get to the final product? 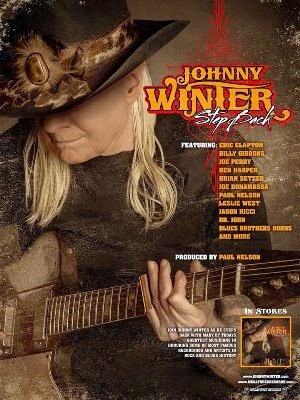 Paul: I came up with the concept that I proposed to Johnny, and that was to finally do a series of albums which were totally blues related, but I said; "there would have to be a catch!" I told him that the songs that he chose had to be done by artists that influenced him growing up. I then said that I would bring in guests that would be a tribute to him – then paying tribute to them… He loved the idea and picked all of the songs for the first album "Roots" in 15 minutes. Once he picked the songs, I researched the original versions that he had listened to, worked them out with myself and the band members, then went and learned secondary versions of those same songs to spawn a variety of ideas when we entered the studio. After this was done we rehearsed with Johnny, who then what we called "winterized" the songs - making them his own. We then went in to the studio, recorded the tracks, put down his vocals - and then I began the task of choosing the right guests for the right songs.
MuzikMan:  You have been all over the world before and with Johnny what are your plans for your solo career?
Paul: I plan to continue on the same way I always have. I have worked with many artists before Johnny, with Johnny and will do so into the future…
MuzikMan:  Can you talk about the Johnny Winter Remembrance Show and how it came about and who is involved?
Paul: After Johnny's passing, our agency had to be contacted to cancel shows that were booked almost a year in advance. When I contacted the agency I was told that there was a huge outpour from the fans that they did not want to return their tickets. They still wanted to hear Johnny's music performed by his band, so we put together the Johnny Winter Remembrance Tour with a host of special guests participating - as well as a screenings of his upcoming movie "Down & Dirty." The first of these shows was with Sonny Landreth and Lance Lopez. Soon more shows with more guests developed with more guests coming on board such as Joe Louis Walker, Gary Hoey, Debbie Davies, Jason Ricci, James Montgomery, Jeff Pitchell, Arlend Roth, Edgar Winter, David Gogo, Mike Zito and the list has been growing…
MuzikMan:  Is there plenty of music in the can from Johnny that can be released in the future? I am sure every blues fan in the world is hoping that will happen!
Paul: With all of his shows and studio work over the years - yes he has left us with a huge body of work yet to be released.
MuzikMan:  What are the plans moving forward with continuing the legacy of Johnny Winter? Do you think you will consider writing a book about all of your experiences?
Paul: A book hasn't really crossed my mind as of yet, right now I am very happy that Johnny's final album "Step Back" is doing so well and that Johnny's movie will be released soon.
www.paulnelson.com
RemembranceTour Paul Nelson w/ Sonny Landreth
Step Back CD
Interview granted with permission of Paul Nelson. All photos the property of Paul Nelson and Johnny Winter. Copyright MuzikMan Productions 2014.