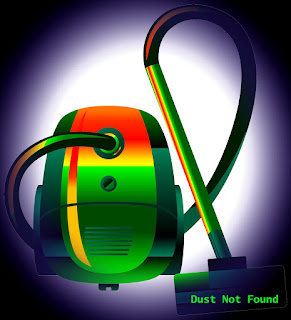 Greece – Greek experimental music artist Billy Yfantis continues experimenting with unconventional sounds that operate as a medium to create electronic music. This time the inspiration comes from a vacuum cleaner, an object which tends to be more useful than you may imagine. Billy recorded the physical sound of his vacuum cleaner and also embedded a futuristic synthesizer to create the composition “Dust Not Found”. The whole result sounds like a psychedelic trip into Krautrock and John Cage’s controversial music.

The track was recorded a few hours after the arrival of 2017 when everybody was outside celebrating the new year. Billy stated regarding his new composition: “I prefer to record the sounds made of objects that end up in the recycle bin of the houses, but boost a personal excitement to re-use them as a medium to create music. Music creation as perceived by most creators is actually a Matrix made by labels and managers. The real challenge is to read between the conventional lines of music commercialism.”

Billy started recording sounds from the late 1990s by experimenting with video game sounds and environmental soundscapes. The next recordings are already on the way and there are also plans for the live performance of the whole concept.

Billy Yfantis is playing electric guitar and synthesizer, but prefers to express his artistic dream through the electronic sounds that come from electronic machines. As an electronic musician, he started experimenting with tape mixing and sound design in the 1990's, although the first official releases arrived later. In 2003 he released the demo “Look What The Cat Mixed In” under the project name of Hanoi Cocks which included remixes of famous Glam songs along with the use of cult movie samples. That demo gained publicity from the local Greek press by being voted as one of the best demos of the month at the Greek magazine Metal Hammer. In 2004, Hanoi Cocks released a second demo with more remixes and personal material.

After spending a decade in science and music studies, he returned officially in the discography by releasing the single “The Missing Link” in 2015. The music style of Billy Yfantis varies from electronica to experimental / avant garde music and he has released four singles until now. Nowadays, Billy experiments with physical sounds of everyday machines such as vacuum cleaners and electric blenders. He considers music as a medium to recycle sounds that end up in the waste bin of the nature instead of becoming an innovative way of entertainment.