On a hot and humid July evening some legends of rock made their way through the Xfinity Center in Mansfield Massachusetts, the home to rock music concerts. 70s legends Bad Company and Lynyrd Skynyrd teamed up as they did last year to celebrate their 40th anniversary with a short tour. 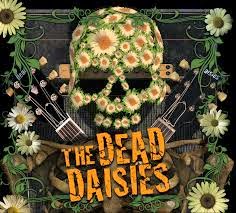 The opening act was a hard rocking outfit called The Dead Daisies. They were already playing by the time we made it to our seats and we immediately noticed how incredibly loud they were. Although they were quite impressive and their lead singer Jon Stevens could belt out a tune with ease and power, it would have been much more enjoyable if the volume was cranked down a few notches. If you are a good band live it is not necessary to blow the roof off with extreme volume. This is a very good band made up of veterans from many different well known bands.

Once the openers were done there was a short break to get the gear ready for the legendary Bad Company, who has three remaining original members, Paul Rodgers (lead vocals, piano, guitar), Mick Ralphs (lead guitar, background vocals) and Simon Kirke (drums, guitar). Original bass player Boz Burrell passed away in 2006. Howard Leese (guitar, 2008–present) is an additional guitarist and Todd Ronning stepped in to take over the bass duties in 2012.

This band set the bar for everyone else performing and the volume level was perfect. When I looked behind me to check out the crowd the place was packed. It did my heart good to see this kind of reception for this great music we were about to hear. 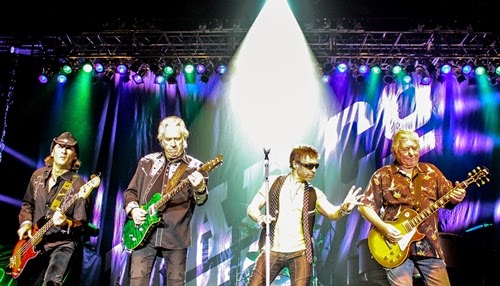 Paul Rodgers looks like he has been taking care of himself, for a man of 64 years he looks much younger and his voice is absolutely incredible - spot on for every song. I had recently picked up the Classic Rock 40th Anniversary issue dedicated to the band and watched the DVD about their career. This gave me an idea of what has been happening with the band all these years and it was a fond reminder of those first three amazing albums they released. At one point during some interviews with long time roadies, one of them commented that Rodgers was such a talented vocalist that he could sing the telephone book. After hearing Rodgers perform I would tend to agree.

The set kicked off with “Live for the Music,” which was a perfect way to get the crowd pumped, and lord knows they were. I saw an age group there that probably ranged from 40 to 60 something including a large biker contingent as well. Some folks were jumping up and down and hollering, totally energized by the performance, myself included. Rodgers and company play effortlessly and looked very content on stage. It wasn’t until half way through the set when they burst into “Rock 'n' Roll Fantasy” and they dropped the curtain on their huge logo behind the drums. I thought the effect was nice, it had that wow factor that everyone wants however I think if they changed that timing for the opening song it would even have more of an impact. Rodgers was full of energy the entire set and I never saw him reach for any water to soothe his vocals chords or to just hydrate. That is something I am accustomed to seeing so I thought that was interesting that he did not do that like his contemporaries. That just speaks volumes for the man’s wherewithal and professionalism. He is without a doubt one of the greatest rock singers of all time and his resume is impressive. Now of course Ralphs (at a spry 70) can still rock the house and Kirke drums with vim and vigor as well (he is also 64).

The Bad Company set was beyond compare and it would be most difficult to match. They closed out with an encore featuring their namesake “Bad Company.” It was everything I had hoped for and so much more. 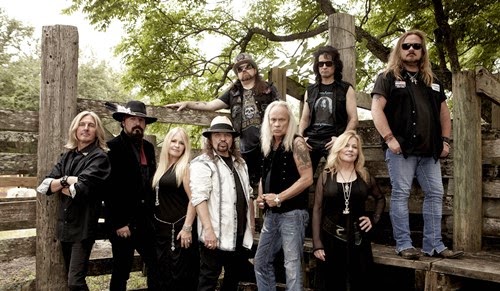 When Lynyrd Skynyrd came on you could tell by the crowd’s reaction, although it was good, it seemed anti climatic and a bit less frenzied from what we had just experienced. I have a memory of this band that has never gone away. I had tickets to see them in Boston Garden just prior to that horrible plane crash that stole the lives of some band members. I also love their music from the 70s. So to say there is some strong feelings attached to their music would be putting things into proper context. I think Johnny Van Zant carrying on for his brother Ronnie is admirable but it’s just not the same. Gary Rossington (lead guitar) is now the only original member of the band, which for me is quite sad.

I noticed right out of the gate with their three guitar army attack that they were extremely loud and my ears actually hurt. They are fine musicians however I don’t think they need to crank on the volume so much. Perhaps if you are totally out of it because you had too many beers and smoked a big fat one it would not disturb you but that is not what I do when I go to a concert. I want the entire experience to be crystal clear and I am very observant of everything around me, not oblivious or anesthetized like some folks. That’s my choice though.

The best songs of the night were “Saturday Night Special,” “Sweet Home Alabama” and their encore “Free Bird.” I have to make mention of their colorful bass player Johnny Colt, who adorns his head with some of the most interesting hats! He started the night with some critter on his head, legs and all. It seemed mighty hot to be wearing such a thing but to each his own.

Honestly if I had the opportunity to see Bad Company again I would not hesitate but unfortunately I do not feel the same way about Lynyrd Skynyrd. They just don’t sound like the real deal anymore. I give them all credit in the world for carrying on but at some point you need to say enough is enough. With only one original band member left it is obviously difficult to sound like the original lineup. That factor is much easier for Bad Company with three key original members still intact.

All things aside from my viewpoint, this was the highlight of my year for concerts and I will cherish the opportunity I was given to be there and write about it. Long live rock ‘n’ roll!