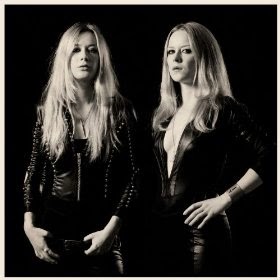 If you like a change of pace and relish a trip to the dark side once in a while, The Oath should be right up your alley. Made up of two women who love to push against the constraints of society and thumb their noses at convention, The Oath hooked me from the first moment I cranked on the speakers. The band calls Berlin their home, but is well versed at traveling across Europe enthralling new fans wherever they go. The members are: Johanna Sadonis (vocals), Linnéa Olsson (guitar), live performances by Andrew Prestidge (drums) and Leo Smee (bass). Past members include Vincent Wager (drums) and Simon Bouteloup (bass).
Linnéa and Johanna know their way around the metal scene. Both Berliners at heart, they have found their love for the city they call home has influenced their work. Linnéa was once a member of the underground band Sonic Ritual and Johanna founded the Kill ‘Em All club, Berlin’s go to location for the best metal music around. The two met once and it was dark magic destined for greatness. They formed The Oath in 2012. A blend of 70’s and 80’s style metal, it brings to mind bands like Dio that I grew up listening to. Raw and full of teeth.
“Night Child” roars to life with some wicked riffs. The growling guitar and percussive elements ease into Johanna’s vocals. Darkness abounds with a tale of love, lust and desire as night descends and wildness awakens. The everyday world falls away as the guitar wails.
“Leaving Together” begins in a tentative plucky fashion that is both thought provoking and stirring. The whisper of percussion drifts by like a vapor. Deliberate riffs purr and flex their muscles, perfectly controlled. This piece is slower, but the richness is delightful. Inner demons stir within. Temptation tugs at your heart strings and gouges at your self-restraint. This song is a nod at a friend who ended his own life and the temptation to walk the same path. The human soul is tainted by troubled desire. The old gods know you for what you are and come to claim you. There is no rush…they have all the time in the world. They know it too, and as the song reaches the final quarter, it is a dark celebration of death’s victory over the living. There is no choice. He comes to claim us all. Sometimes it is the waiting that is the hardest of all…
“Silver and Dust” ramps up with pleasant riffs and guitar sequences as it grumbles along and trips into a fantasy worthy of movies like Van Helsing or Underworld. Silver and dust are often used in wars with vampires and are the symbols of the divinity used throughout the piece. The music is stirring and could be the soundtrack to any modern day vampire movie. It makes me think of Sigil Fire, the novella I wrote under my pen name that will be released next month. Death. Fire. Fallen angels and a war between Heaven and Hell. This song is going on my playlist. It seriously rocks. 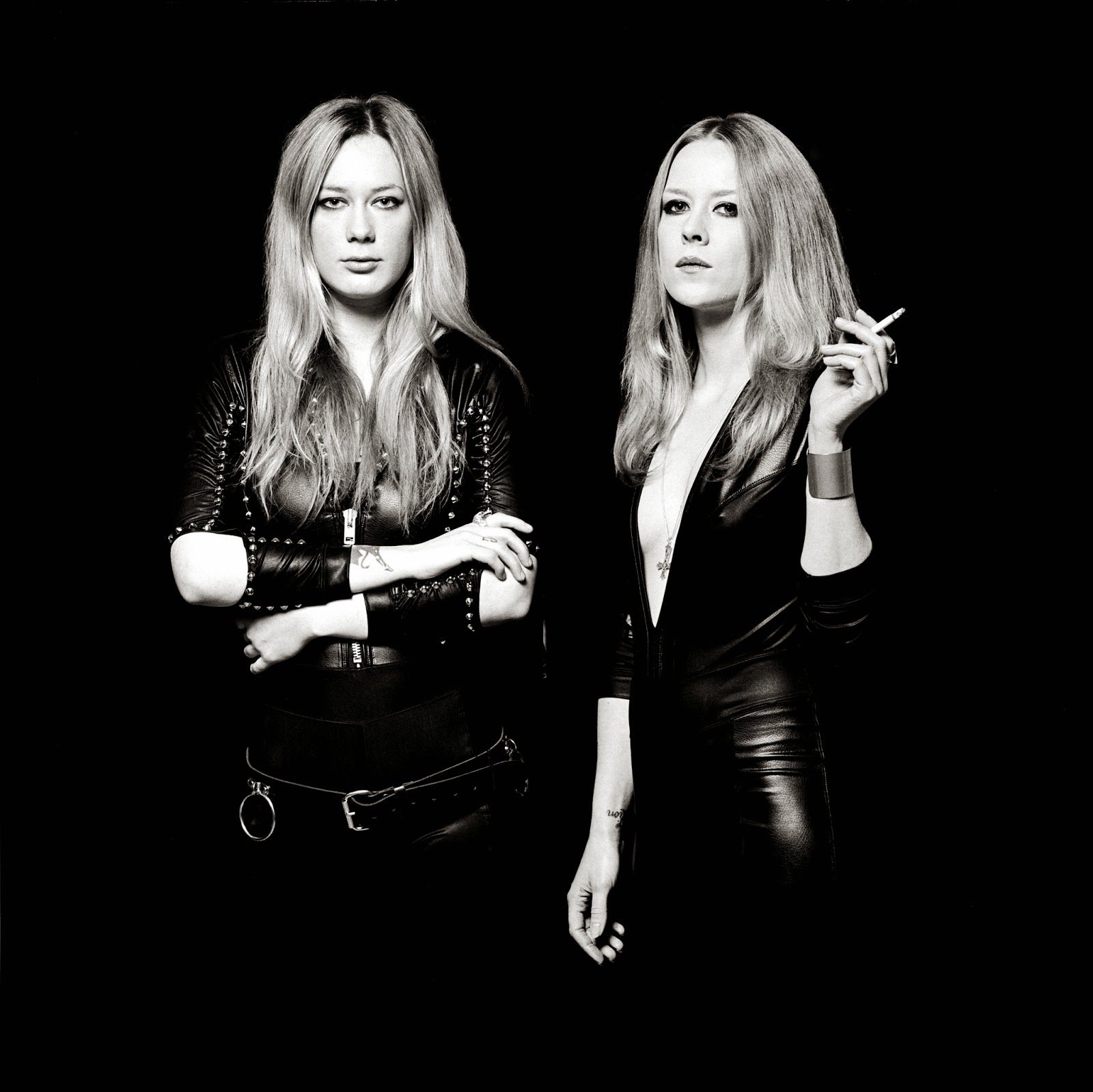 The Oath has a fine album here. Their debut, it resonates with dark influences like Danzig, Faith and the Muse, Dio, Sabbath, The Runaways, Celtic Frost and classic NWOBHM. This album will appeal if you are a fan of the darker side of things. Images of hanging out in cemeteries, running into the arms of temptation and a witches night out made me love it at first listen. After that I couldn’t stop. This album is a keeper. I write to it when I need a dose of darkness to go along with my cookies. It’s like milk. You don’t just take one sip. You suck it down and go back for more.
5/5 Stars
Tracks:
1.All Must Die
2.Silk Road
3.Night Child
4.Leaving Together
5.Black Rainbow
6.Silver and Dust
7.Death Delight
8.In Dream
9.Psalm 7
Key Tracks: Night Child, Leaving Together, Silver and Dust
Dana Wright, Sr. Staff Writer
June 2, 2014
Review Provided By Write a Music Review
Posted by Keith "MuzikMan" Hannaleck at 6/02/2014