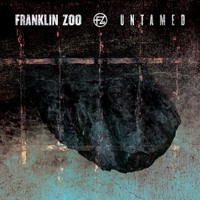 Artist: Franklin Zoo
Title: Untamed
Genre: Hard Rock
Release Date: August 14, 2013
Label: FZ Music
Website: www.franklinzoo.dk
Franklin Zoo may sound like a nice place to see exotic animals, but is actually a Danish grunge band. Formed in 2009, the band made up of members Rasmus Revbech (vocals), Soren Dabros (guitar), Daniel Hecht (guitar), Anders Rune Hansen (bass), and Philip Kjaer Morthorst. The band takes influences from the Seattle grunge scene of the early ‘90’s as well as 1970’s hard rock groups such as Led Zeppelin. Franklin Zoo has been attracting fans in Denmark, and has opened for Papa Roach. They are now releasing their sophomore album, Untamed.
Franklin Zoo’s new album is full of grungy hard rock sounds combined with strong melodies to create some enjoyable rock music. Untamed was co-produced, mixed, and engineered by metal drummer Jakob Gundel at the Gain Factory.
“My Dying Day” is a great hard rock song. With a slow, melodic flow, the song delivers a powerful feeling. Rasmus Revbech’s vocals have a dark and dynamic perception that gives this song its hard rock feeling. Soren Dabros and Daniel Hecht both provide excellent guitar work that works well with Revbech’s vocals. Philip Kjaer Morthorst’s drumming keeps this song moving along.
The hypnotic melody of “Lost Cause” is enjoyable to listen to as soon as the song begins. Revbech’s singing is once again powerful, and gives this song character. The guitar work on “Lost Cause” is exquisite, and Anders Rune Hansen’s bass playing is done just as well. All of the above comes together with Morthorst’s wonderful drumming.
The rock ballad “Known I’m Me” is one of the best tracks on Untamed. The song moves along by a hard and steady beat provided by drummer Morthorst. Revbech’s singing is more personal on “Known I’m Me.” You can hear the grittiness of his voice that doesn’t come through as much on other songs. There is an intimacy between singer and listener on this song that is unlike the rest of the album.
Franklin Zoo has been making great music and Untamed is an excellent rock album that any grunge fan would enjoy. The album has a hard rock sound, and with Rasmus Revbech’s vocals it has a lot of character too. With influences from ‘70’s hard rock and ‘90’s grunge, this album would be enjoyable to anyone who is a fan of the two genres.
4/5 Stars
Key Tracks: My Dying Day, Lost Cause, Known I’m Me
Craig Kidd
January 11, 2014