Written by Sherryl Craig for Women of Music Music of Women 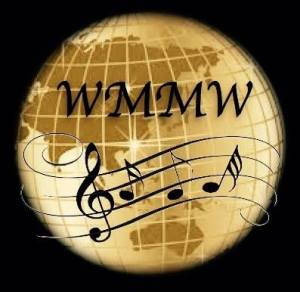 Blues Queen extraordinaire Cat Beach from Evaston IL is shaking up the music industry with her sultry voice, beautiful smile and intoxicating stage presence. With regular shows at some of downtown Nashville’s most prestigious clubs she has been on the major watch lists for some time and it seems to be a beautiful blessing in a big way.

Her music has captured great attention and people 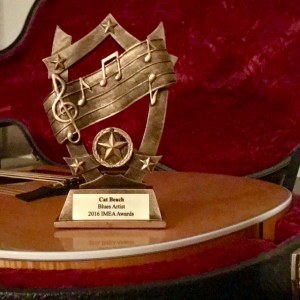 are really taking notice. The International Music and Entertainment Association recognizes the independent unsigned artists as well as other gifted artists in the performing arts and entertainment industries. The 4thAnnual IMEA Awards event was held at the Middle Tennessee State University’s Tucker Theater located in the beautiful Murfreesboro, Tennessee.
Recent nominee for Best Blues song of the Year and winner of the Blues Artist of the Year Award from the IMEA Awards Cat is even more determined to share her love of music with all those she can. Her amazing program Music In Motion is just one way of doing that. Soul Shine Pizza is a fiery yet elegantly done masterpiece of “blues in motion”, there’s no mistaking.
Elegant and poised with a voice like velvet Cat can take you back in time or propel you to the future with the lyrics, melody and instrumentation of her songs. WMMW would like to recognize Cat and all her devotion to her communities and other women around the world in the industry. 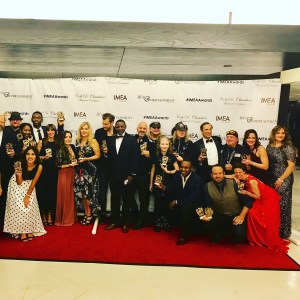 Devoted to pulling from the deep roots of her soul embedded in the very fiber of her music she is royalty at it’s best. She said she is honored to have been chosen and that all the people nominated are so deserving. Known as the “Voice of Change” she has inspired so many to seek out their own dreams and stay true to what their heart is telling them to do.
Her passion aside from her music is using the music to heal others who need a little positive energy in their lives. Her hopes are that her music will inspire others to pay it forward too and support others in need. To take care of ourselves physically, mentally and spiritually and use the wonder of music to accomplish it.

Cat would like to mention a few special people who have helped her along the way. Johnny Neal who played keys on Soul Shine Pizza, Leland Star/bass, Dean Parks/guitars, Herman Matthew/drums, Ned Albright for his amazing gift of writing and production, and Gardner Knight/Engineering. She would also like to invite everyone to come out to her show at Two Old Hippies on October 26th at 5:30pm and enjoy some downright, out of this world, moving blues.
Congratulations to Cat Beach on being chosen Blues Artist of the Year 2016 with IMEA Awards. You are truly the “Voice of Change.”
“Music saved my life.” ~Cat Beach~
For more information about the International Music and Entertainment Association, visit www.IMEAOnline.com. For more information about the IMEA Awards, visit www.IMEAAwards.com.
For more information on Cat Beach please visit: www.catbeach.net

*The material included in this article is the sole property of the writer, (Sherryl Craig,) and the photographer, (Cilene Bosch.) All elements may be used in other publications as determined by the owners. Permission must be obtained for reproduction.
Posted by Unknown at 10/12/2016