Carina Round Releases 'Deranged To Divine' 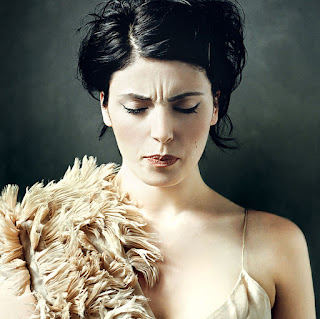 This self curated collection from Wolverhampton born Carina Round, brings together, for the first time, material spanning from 2001 to 2015 taken from her first four critically acclaimed albums: ‘The First Blood Mystery’, ‘The Disconnection’, 'Slow Motion Addict’, ‘Tigermending’, as well as the EP 'Things You Should Know’, home to the included track ‘For Everything a Reason’ which featured on the TV series ’American Horror Story: Murder House’. Complimented with two previously unreleased recordings, the bewitching ‘Gunshot’ and an alternate version of the track ‘Want More’, this collection perfectly illustrates the uniqueness of Round’s voice, barbed wire lyrics and a catalogue of haunting and beautiful songs. As one of the UK’s most enigmatic songstresses and extraordinary performers, Round’s music has also won her fans and collaborators amongst highly regarded musicians including Maynard James Keenan, Lou Reed, Ryan Adams, Billy Corgan, Dave Stewart and Brian Eno, amongst many others. ‘Deranged to Divine’ is a retrospective not only for Carina's passionate fan base, who have avidly supported her musical output and extensive touring, celebrating her as one of Britain’s most evocative, diverse and restless artists. For Carina, now based in California and currently working on a new solo record, ‘Deranged to Divine’ also serves as the ideal introduction to her work as a solo artist to fans of Puscifer, the electro-industrial alterna-sunstrokers founded by Tool’s Maynard James Keenan, of which Round is also a member. Puscifer are currently enjoying international success with their recent album 'Money Shot’ and it’s accompanying sold out tour. Beautifully packaged, with career spanning imagery by acclaimed photographers and a complete set of lyrics selected and compiled by Carina, 'Deranged to Divine' is a terrific addition to anyone’s record collection, and an essential one to any fan of Carina Round.