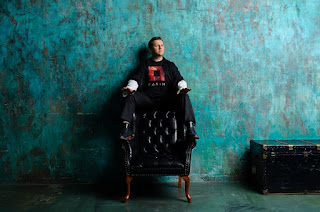 “If I were not a physicist, I would probably be a musician. I often think in music. I live my daydreams in music. I see my life in terms of music …I get most joy in life out of music.” -Albert Einstein

The words of Albert Einstein have influenced many across the globe and across decades but it is rare to have him as a musical influence.  This is how the musical innovator Stan Gemes sets out his vision for the debut album ‘Call Of Ancient Love’, with a musical thoroughness that would make Einstein proud combining studious efforts relating to cultures as diverse as Hindu, English and Russian.

Listen to title track ‘Call of the Ancient Love’ on Bandcamp: https://stangemesmusic.bandcamp.com/track/call-of-ancient-love

The album is truly inspirational from astonishingly intricate packaging to the way it has been crafted which has entailed travelling to over 60 countries of the World for inspiration, from the golden beaches of San Francisco to the serenity of virgin Russian plains, during which he collected more than 600 CDs. Within the musical landscape of this album, you may well come across influences from Asian flutes to New York’s Broadway shows, the beauty and  intensity of African ethnic drums right through to Hispanic beats and ancient Indian choirs, a truly infectious musical cocktail.

Call of The Ancient Love was inspired by a life changing experience involving a mesmerising spiritual performance carried out by an Indian tribe, the power of which he felt ‘arose that night and made each and every single observer at this event embrace emotionally the musical traditions of their own country.’ The impact of that night made him develop a deep love of Indian cultural manuscripts and traditions , then ultimately create the album with the only title he felt fitted, that being , ‘Call of Ancient Love’.

This album is not just meant to be experienced on a music level it is also supposed to help in some ways to de-stress and untangle the worries of the listener. He simply wants those who get into his music to be hypnotized by its natural rhythm, taking the listener to a spiritual level, ‘breathing in the joy of music and breathing out the peace of the music.’ It is a case of wanting everyone who hears the album to feel they are creating their own movie in their own mind - an uplifting and moving musical experience.

Call of Ancient Love is set for release August 27th.