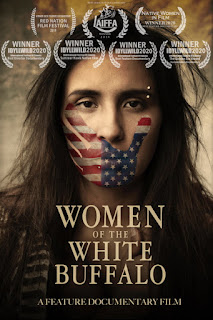 Filmmaker/photographer Deborah Anderson has started a fundraiser campaign to help get her Award-Winning Documentary “Women Of The White Buffalo” out into the world via a streaming platform. The film's theme song is written and performed by YES legend Jon Anderson who's voice is also heard throughout the documentary.

An ancient, Native, matriarchal society has been upended by centuries of genocide and colonialism. This has resulted in culturally sabotaged and isolated communities that are in a constant struggle to save what remains of their sacred identity. The Lakota women living on the Pine Ridge Indian Reservation in South Dakota, are rising up against the forces that continue to suppress them. By preserving and protecting their ancestral values and wisdom, they provide a source of hope to their people.

With exclusive access to the lives of 8 women, ranging in age from 10 to 98, the documentary explores powerful testimonials of loss and survival as we gain insight into the experience of a modern Indigenous American living on a reservation. Gripping historical accounts and startling timely statistics guide viewers down the path that has led to these present day conditions.

The indelible voices of these determined women inspire us with their strength, gifting us with ancient insights that speak to our current global, environmental and cultural crises. These are the powerfully rich stories of the brave women and children living in the poorest county in the United States.

Says Deborah,“Dad (Jon Anderson) has created a beautiful theme song for the film 'Women Of The White Buffalo' which he sings with Delacina Chief Eagle. His voice is also featured throughout this important documentary film which I am currently looking to self-distribute. I am raising the final funds to make this a possibility during these challenging times, because the poorest regions of the country will be some of the hardest hit by this pandemic. Please check out my Facebook fundraiser page to make a donation and help support getting this film out into the world.

Your donation will support this film in getting it out into the world via a streaming platform that will be available to all as I believe this is an important time to hear the wisdom of the powerful Native women featured in the film. It is time we understood the current situation of the Natives so we can raise their voices and stand with them in this much needed time of change on our planet.

Thank you for your support, thank you for helping raise the voices of our Native peoples. Native understanding is the true medicine for the healing of this planet.”

CREATIVE OBJECTIVE
The intention of this film is to shine a light on our Native sisters, to ensure that their voices are included in this current wave of global Women's empowerment, and to inspire the next generation of Native youth to utilize their own ancient wisdom in the much needed healing of their communities. For all viewers, this film is an opportunity to learn from this intensely beautiful and powerful culture about some of the forces that perpetuate racism, abuse, and inequality. As they say in Lakota, Mitákuye Oyás'in, “We are all related.”

THE LANDSCAPE
Mother Earth is weeping, which we see and feel in many of our imminent ecological crises. The centuries-long murder and rape of indigenous women in the west parallels humanity's destruction and betrayal of this precious planet. We must each learn to accept responsibility for our part in the recovery and preservation of our shared home.

The Lakota people have a tradition of considering the following 7 generations when making any big decision, ensuring an abundant future for those that would come after them. The women featured in “Women of the White Buffalo” have been compelled to use their voices and many gifts in order to shift the consciousness of all those whose lives they touch. They will not be silenced. Their wisdom is essential to our survival.

THE POWER OF FILM
Documentary film is a vital tool for holding people, governments and corporations accountable and for spreading awareness about important issues. To date, there has not been a film that has focused primarily on the women currently living on the second largest and one of the most impoverished Indian Reservations in the United States. The voices of the Lakota women have been documented by Deborah Anderson, who worked intimately, compassionately and artfully to capture not just these women's words, but their very essence. 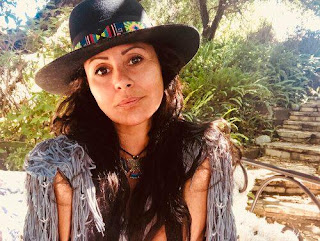 DEBORAH ANDERSON brings together her achievements in every area of her creative body of work from over the past 16 years as a world-renowned photographer, artist and art director to delve into the world of documentary film-making.

Deborah Anderson is best known for her work as a wide-ranging photographic and film artist. She has released three fine art books to date - “A photographer whose distinctive sensuality is located somewhere between classic French erotica and Helmut Newton” (Los Angeles Times).

Her work has graced the covers of albums and magazines, the walls of iconic hotels and private homes around the world with an expansive A-list clientele.

As art director for the Gansevoort Hotel Group, her original art appears throughout the property and showcases her first fine art book of sensual black-and-white photography, “Paperthin” (Verlhac), in each guest room. For the Gansevoort Park Avenue location, Deborah photographed the1960's-inspired, interior artwork. The hotel features her second book, Room 23 (daab), in each of the 249 guest rooms. For Room 23, Deborah photographed 100 celebrities (George Clooney, Cindy Crawford, Sharon Stone) in a single suite at the Peninsula Hotel in Beverly Hills. The book was very well-received and sold out worldwide.

Deborah has created short film pieces for other artists including award-winning writer and activist Eve Ensler and her 1 Billion Rising organization, featuring Rosario Dawson. Poet, Gina Loring, collaborated with Deborah on the short film “Walking Prayers”, which went viral and was picked up by the New York Times. She is currently working with Eve Ensler on the new RISE 2020 campaign.

Photographic stills from the film project were exhibited at the Leica Gallery in Boston and Los Angeles, with additional Leica Gallery shows unveiling throughout the year at locations around the world.

“Women Of The White Buffalo” Awards: