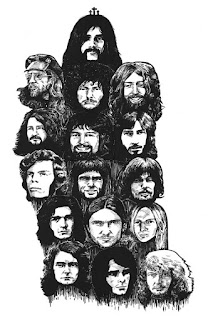 The definitive record guide to the progressive era of rock music, Strawberry Bricks presents a standard discography of music from artists around the globe. Beginning in 1967 and continuing through 1982, a generation of musicians took rock music in directions unforeseen as they charted what would become known as progressive rock. This edition also includes exclusive interviews with a host of musicians of the era, providing proof that progressive rock was indeed the music of a generation. From art rock to krautrock, from England to Germany to Italy and all across Europe, Strawberry Bricks offers a candid reappraisal of rock's most cerebral genre. 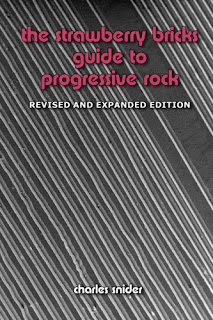 “Navigating the topographic oceans, surviving the brain salad surgery and in general making sense of the dense, incredibly ambitious, and so often misunderstood or unfairly denigrated genre of progressive rock is a difficult task, but Charles Snider accomplishes it with the insight of the very best rock critics combined with the infectious enthusiasm of the most devoted fans.” - Jim DeRogatis, Music Critic & co-host of Sound Opinions

“Charles Snider has an encyclopedic knowledge of progressive rock, and has accrued one of the world’s most formidable record collections. No one is better equipped to write the definitive discography of this rich genre of music.” - Jonathan Schang, District 97

“Charles Snider's Strawberry Bricks record guide is accessible, comprehensive, and indispensable. A great read and an excellent resource.” - Will Romano, author of Close to the Edge: How Yes’s Masterpiece Defined Prog Rock & Mountains Come Out of the Sky

The Strawberry Bricks Guide to Progressive Rock is the definitive record guide to the classic progressive era of rock music. Beginning in 1967 and continuing until 1982, the book presents the progressive rock canon, set in the presentation of a timeline. This new edition extends the timeline into the early 80's, to offer a more natural conclusion to the progressive era, as well as offering a broader selection of albums from the era.

Secondly, beginning with a database of the birth years of musicians in the timeline, the book offers that what we now know as “progressive rock” is in fact the music of a generation. The statistics play out: the median birth year for the “progressive artist” is 1947, with a standard deviation of +/- 3 years.

Says Charles, “I’ve also conducted many interviews with artists from the era, and 16 of these appear in the book. The premise was to study their early lives, from birth through the late 60's and very early 70's, to find the commonalities that these men experienced. The newly written Prologue offers a historical perspective of the pretext to the progressive era, beginning post-WWII, while the Epilogue offers a current perspective on progressive rock since the early 80's.

“I've also spent a good deal of time fact-checking every detail in the book, including song titles and artist names. Further, this edition has been professionally edited and peer reviewed, all to make this as exacting and rewarding a book as the music it covers. Strawberry Bricks is another narrative on the classic era of progressive rock, one with hopefully a novel and candid outlook on the genre, its albums and the men that made it one of the most interesting chapters in rock's history.

“The cover is an image of the vinyl record grooves on Jethro Tull's Minstrel In The Gallery album. Enjoy the music!”

About the Author:
Charles Snider has been collecting records since the early 70's, amassing one of the most complete archives of what is known as progressive rock. “One of my earliest memories of vinyl was The Beatles' 'Paperback Writer' b/w 'Rain.' I can remember turning the balance knob to isolate the sounds within the stereo mix, and just being fascinated with the tones of the instruments.” Snider's self-professed passion for the music “archaeology” continued over the decades, branching out to many other genres of music. “In the early 90's, Kevin Eden and I curated the WMO label, with the cooperation and support of Wire. The CD was a new format, and we released a lot of hard to find records, as well as unreleased archival material and two very good tribute discs.” Upon moving to Chicago in 2000, he began writing the first edition of The Strawberry Bricks Guide to Progressive Rock. “I've always loved record guides. Certainly, Ira Robbin’s Trouser Press was the prototype, but growing up in the 70's with magazines like Circus, Creem and of course Rolling Stone, I've always enjoyed the passion writers convey about music.” While not listening to prog rock, Snider can be found blogging about personal technology or cheering on the Chicago Blackhawks.

The Revised and Expanded Edition of The Strawberry Bricks Guide to Progressive Rock is released on Record Store Day, April 22nd, 2017. Available direct from http://strawberrybricks.com/the-book, and from Amazon.com (including UK and EU). Published by http://www.strawberrybricks.com/ via CreateSpace.com, an Amazon company.