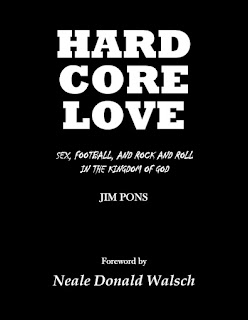 From the Sunset Strip to the White House and stadiums throughout the NFL, Jim Pons' journey through rock and roll to filming professional football becomes a one-of-a kind spiritual autobiography. “Hard Core Love” connects the dots behind the scenes of Jim's years with The Turtles, Frank Zappa and The New York Jets, all of which lead to his finest achievement, a long-sought peace with God.

Says Jim, “People I have worked with, played with and lived with always told me I should write a book someday and I always thought it would be entertaining to people. It was Neale Donald Walsch who convinced me. He told me it would be helpful to people.” 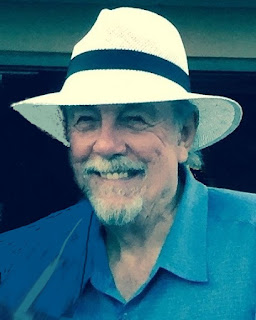 Jim Pons is a former bass guitarist and singer for several legendary 1960's and 70's rock bands, including The Leaves, The Turtles, Frank Zappa & The Mothers and Flo & Eddie.

In 1973 Pons left the music industry to become the film and video director for the New York Jets football club. He held this position until his retirement in 2000. Pons and his family moved to Jacksonville, Florida in 2005, where he did game day video for the Jacksonville Jaguars for three more years before finally leaving the NFL. He now sings and plays upright bass in a bluegrass band called Lonesome Ride.

“If you’ve been taught to believe that fame and fortune are the keys to happiness—and most of us have—Jim Pons’ remarkable story is for you. If you’ve been taught that your questions about the meaning of life should be left in the hands of religious experts—and most of us have—Jim’s personal quest to know God offers the gift of spiritual freedom. His transparency shines throughout and cannot help but assist other seekers—covertly, even those who buy the book for the football and rock n’ roll. Having known his story for several years, it has been our sincere desire that Jim share it with the world. Thankfully that time has come. We invite you to open these pages, enjoy his story and come away the better for sharing his experience.” - Lee and Steven Hager, authors of The Gospel of Thomas: Where Science Meets Spirituality

In closing Jim has this to impart, “There is more to life than fame and fortune. We haven’t learned all there is to know about God.” 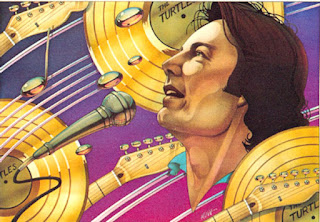