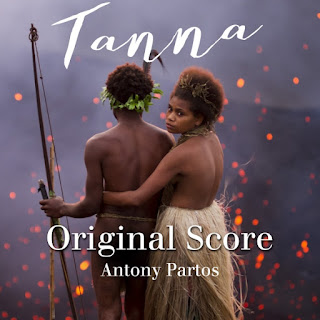 Studio City, CA - Lightyear Entertainment, the U.S. distributor of the film Tanna, today announced the worldwide release of the Original Score Album from the film.

The Tanna Original Score, composed by Antony Partos, will be released February 3, 2017, through Caroline Distribution, the independent distribution arm of Universal Music Group, on the Lightyear label.

The film, now nominated for a 2017 Academy Award for Best Foreign Language Film, is Australia’s submission to the Academy for that category. It was also nominated for 5 Awards at the Australian Academy of Cinema & Television Arts (AACTA), including Best Film and Best Director, and won the award for Best Original Score. Now that hauntingly beautiful score will be available for digital download and streaming throughout the world. AACTA is considered to be Australia’s equivalent of the Academy Awards.

The film Tanna was released by Lightyear theatrically this past fall in about 35 U.S. markets, and is still playing in some theaters around the country. It will be available in the U.S. for EST and VOD (digital purchase and rental) on February 7, 2017, and on BluRay and DVD on March 7, through Momentum Pictures/Sony Home Entertainment.

The Tanna Original Score features vocals by Lisa Gerrard and cello by Julian Thompson. Ms. Gerrard’s voice was engineered by James Orr. The music was produced and mixed by Wes Chew at Sonar Music in Australia.

Boasting an 82% Rotten Tomatoes critics rating and 94% Audience Score. Tanna has received rave reviews from top publications and news outlets, including the Los Angeles Times (“one of the best films” shot in the South Seas), The Village Voice (“rich in both sociological detail and roiling emotions”), The Washington Post (“performances as stunning as the setting”) and PBS NewsHour (“an amazing film”).

On a remote island in the South Pacific, a young girl falls in love with her chief’s grandson.  But when war with their enemies escalates, Wawa is unknowingly betrothed as part of a peace deal. The young lovers run away, but are pursued by warriors of both tribes.  With their lives on the line, the star-crossed lovers must choose between their hearts and the peaceful future of the tribe.

“Listening to the score conjures the story of the film in an emotional, evocative way” said Arnie Holland, CEO of Lightyear. “It’s incredibly beautiful.”

Tanna is based on a true story – an event that occurred in 1987 in one of the world’s last tribal societies.  The actors in the film are the people of Yakel, on the island of Tanna, who never saw a film before they performed in this one. The islanders are fully aware of the outside world, but have chosen to live according to the ways of their ancestors, after resisting the colonial powers that used to control the area, the missionaries that tried to assimilate them to a Western way of life, and finally the lure of money.  The film was crafted in full collaboration with the islanders, and is the first feature film to be shot entirely in the nation of Vanuatu, which is an archipelago of 83 islands and an estimated 110 different languages.  The island of Tanna is dominated by an active volcano, which plays an important part in the film, as well as the tribe’s culture. For more information about the film, go to www.tannamovie.com .