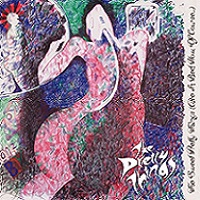 Recently, I had the displeasure of being exposed to some truly awful music.  I am sure that those of you who have spent time listening to music on YouTube know what I am talking about: the repetitive beats, the abuse of auto-tune, the distorted vocals/screams, the nonsensical lyrics, and the ripping off of more popular songs.  It is the kind of music to make one question what we are doing as a species.  Fortunately, I received The Pretty Things’ new album, The Sweet Pretty Things (Are In Bed Now, Of Course), and it reminded me of the all good, enriching qualities of music.

The Pretty Things originally came together as a band in 1963 in London, and have been going strong ever since then.  Coming out of such a rich time for rock music, it is not too hard to see how these guys might have been overlooked and not been as big as bands such as The Beatles or The Rolling Stones.  But it is never too late to discover great music.  With over fifty years as a band and a couple of personnel changes, The Pretty Things are Phil May (lead vocals), Dick Taylor (lead guitar), Frank Holland (guitar), George Woosey (bass, guitar), and Jack Greenwood (drums, percussions). The Sweet Pretty Things (Are In Bed Now, Of Course) is their twelfth album and first album in some years, and we find them in superb form.

The album crackles with energy on the opener, “The Same Sun” The opening guitar riff is elegant and rich, and the drums add just the right touch to complete the song’s sweet, psychedelic rock sound. The hypnotic chorus rounds everything out. “The Same Sun” is one of those songs that could have been released at any point in the last fifty years and still be amazing regardless of any popular music trend topping the charts. Coming out with bit of a more kick to it is “And I Do.” It is another mesmerizing rock song with a fresh, invigorating sound. I have to say that Phil May’s voice sounds great, even as he enters into his seventies. There are vocalists half his age who wish they could sound this good.

Next up is a cover of The Byrd’s “Renaissance Fair.” This is a quality tune.  It is a short song with a light, upbeat sound and a bit of surreal atmosphere.  The second and final cover is of Sky Saxon’s “You Took Me by Surprise.” This song is an ace of a song. It is one of the heavier sounds on the album, making for a great hard rock sound with a sweet groove to it. “Turn My Head” takes things in a slightly different direction.  The sound is lighter and more harmonious, making for a very pleasant sounding rock song.  There is a bit of sing-along quality to it.  The drums rumble right along and the guitars just sizzle near the end.  “Dark Days” has an interesting sound.  There is an ominous atmosphere lingering behind the harmonies that makes for one memorable track. It is not quite the end of the world here, but you can see it coming on the horizon.

“Greenwood Tree” is just an excellent instrumental with some dazzling music.  The drums are on point and really cut loose for a solo that is worth the price of admission.  Another gem of a song, “Hell, Here and Nowhere” starts off slow and has a western/outback vibe to it, evoking images of wide plains, dusty towns, and mysterious wanderers. Opening with sweet, rhythmic drum beat “In the Soukh,” is pure melodic poetry. The background vocals are quite soothing when backed by the methodical drumming.  Bringing it on home is the powerful and controlled “Dirty Song,” perfect for taking out the lighter.  It is the kind of ending that leaves a lasting impression.