BoDeans Visit Pittsfield and Entertain At The Colonial Theater
April 16, 2015 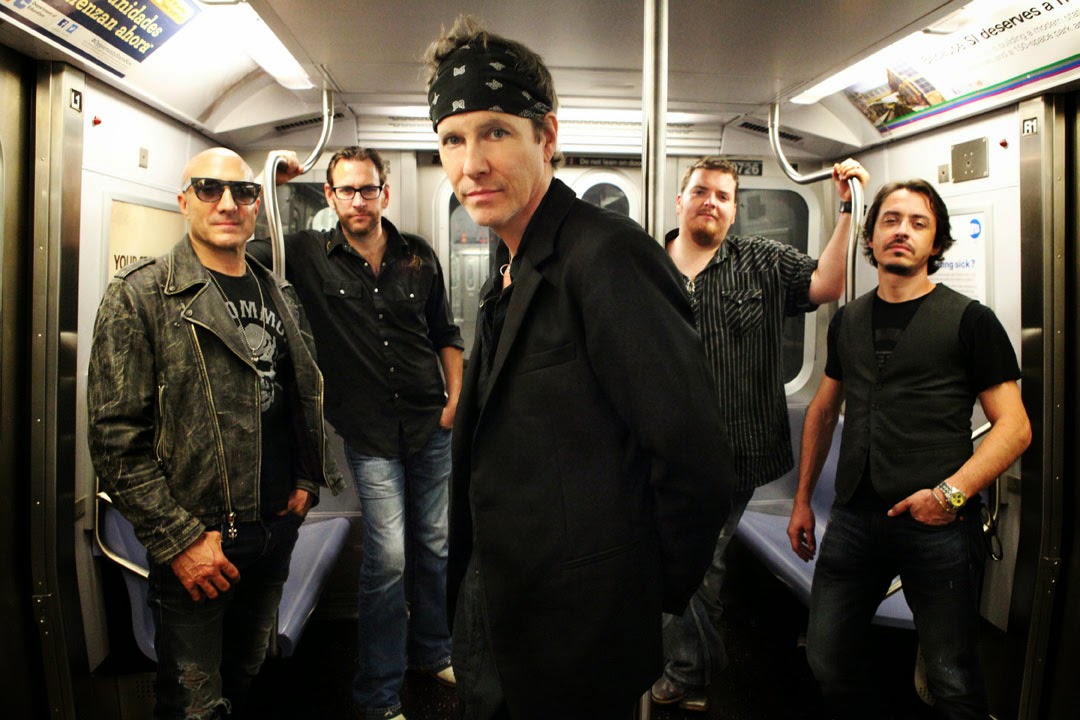 Roots rockers BoDeans arrived in the Berkshires last night and played a non-stop rousing set of numbers for the pleased audience at the Colonial Theater.

The band is well-known for their performances since the 80s when they first formed and we found out why. The combination of Rock, Americana, Blues and Roots makes for what I would call a tasteful plate of appetizing rock music. They can flat out rock and then pull it back and bring forward instruments into the mix such as violin, mandolin, and the accordion.

This is the kind of band that is appreciated by folks that sincerely appreciate good musicianship and a wide variety of genres all mixed together. It is eclectic and wonderful to hear and the BoDeans  know exactly how to present it all in one nice package.

With Aronoff’s  return as their drummer his family was in the audience, including his dead ringer twin brother, who we first thought was the musician sibling walking around shaking everyone’s hand. I knew Aronoff was one of the greatest drummers in the world and I could not stop watching him perform. He is a perpetual motion machine and does amazing things with an average size drum kit, which is a credit to his expertise and all around talent.

Previous to the concert I purchased a  BoDeans two CD live release from 2008 titled Homebrewed: Live From The Pabst. I would highly recommend grabbing a copy of this release as it served as the perfect introduction to their shows and set a high level of anticipation for me. I must add I was not disappointed in fact I was quite impressed how much talent at every position this band has.

The only drawback I could recognize all evening was that the organ was buried in the mix, very seldom could you hear it come to the front. I am not sure why this was but it certainly did not hurt their presentation that is for sure. For all I know it was the way they intended to present their music.

What I found most impressive was their energy, they never stopped to take a short break then resume like most sets do. There was no opening act, which was fine with me. At times they would segue from one song to another but it gave us a moment to applaud in appreciation of the previous number. The audience was most appreciative for every song they performed and sang along to a few. Kurt Neumann is a fine front man that is relaxed and in control. His vocal style fits the music with perfection.

Highlights of the night were “Get Much,”  “Fadeaway,” “Amercian,” and “Good Work.” Each of these performances showed a tight band enjoying what they were doing and that translated in each song to the audience with an impact.
The set list was full and broad based and any music fan could appreciate how this band can jam. Their professionalism and abilities are on a very high level and I would see them again in a minute. This band called BoDeans is an American treasure and if you have not discovered their music yet I suggest you do, only then will you realize the enjoyment you have been missing, just as I did last night.