Legendary Vocal Group The Coasters Celebrate Their 60th Anniversary With Their First Album Of New Recordings In 35 Years! 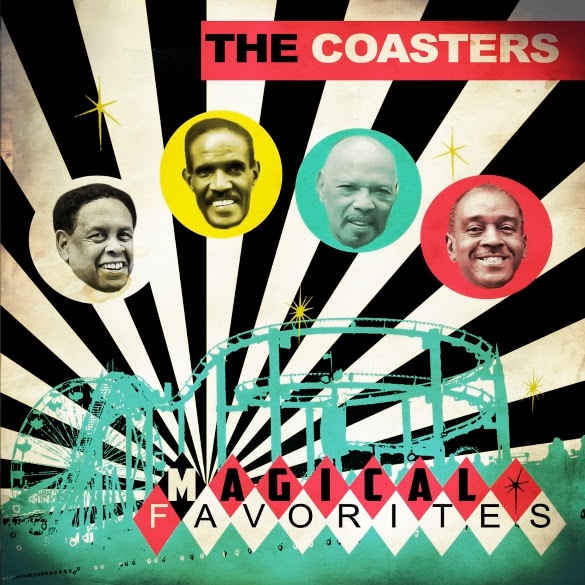 Los Angeles, CA - America’s premiere R&B vocal group and Rock & Roll Hall Of Fame inductees, The Coasters, have had one incredible, miraculous, astounding ride in the music business. Less of a group and more of an institution, The Clown Princes of Rock & Roll established themselves 6 decades ago, and in that time have seen many musical fads come and go. But one thing has always remained - the power of a truly timeless song especially when experienced through the prism of the expertly sung 4-part harmonies that are The Coasters stock in trade. To commemorate the group’s unique and longstanding career, The Coasters are proud to present Magical Favorites a collection of brand new recordings covering some of the very best American rock and R&B classics such as Sam Cooke’s “You Send Me,” The Temptations “Just My Imagination,” Elvis Presley’s “Don’t Be Cruel” and many more - all done in the indelible Coasters way! Magical Favorites will be available March 31 from Goldenlane Records.

For those unfamiliar with the group’s history, The Coasters scored their first hit single “Down In Mexico” in the spring of 1956, which they followed in 1957 with “Young Blood” and “Searchin’” the following year. In 1958, the band again hit the chart with two blockbuster hits that would become as iconic as the band that sang them, “Yakety Yak” and “Charlie Brown.” From then on, it was hit after hit for the group with songs such as “Poison Ivy,” “Along Came Jones,” “Love Potion #9,” “Zing Went The Strings Of My Heart” and many more! The line-up of The Coasters that was inducted into the Rock & Roll Hall of Fame in 1987 (Carl Gardner, Billy Guy, Will Jones, Cornell Gunter) have all since passed but their legacy lives on with the help of Joe Lance Williams (tenor/baritone), Primo Candelara (tenor), Dennis Anderson (baritone), and Eddie Whitfield (bass). Three of these gifted vocalists were personally handpicked by group founder Carl Gardner, with Dennis coming aboard in 2011 after Carl had passed. Though often imitated, they have never been duplicated and they continue to do what they do best on both the stage and in the studio, entertain the audience!