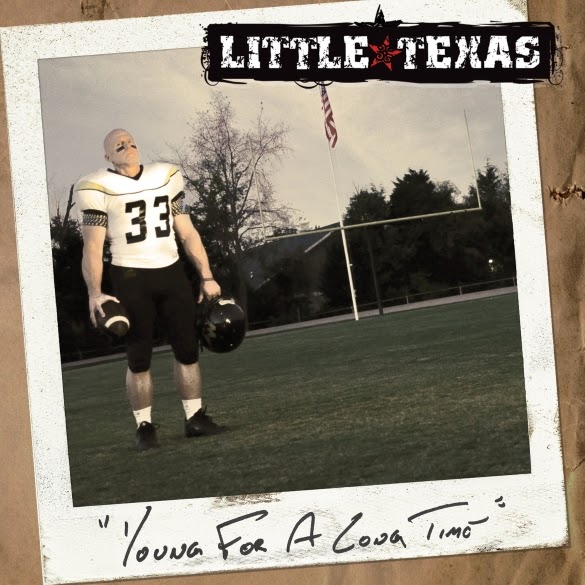 Nashville, TN - Dwayne O’Brien, guitarist/vocalist and founding member of Little Texas, tells the story behind “Slow Ride Home,” a song from the band’s long-awaited new studio album. “We were on a bus heading toward a show in Rooks County, Kansas, just north of Hays. While still a long way out of town, we started to notice a lot of American flags lining the highway, and at every little crossroads and at the corners of the fields there were people on foot, on motorcycles, and standing in the beds of their pickups all waving their own small flags. This went on for miles and miles. It wasn’t the 4th of July, Veteran’s Day or Flag Day, so we wondered what was up. Later, we found out we had been riding just ahead of the funeral procession for a local soldier who had made the ultimate sacrifice. Army Chief Warrant Officer 2 Bryan J. Nichols, a native of the area, was killed on August 6, 2011, when the Chinook helicopter that he was flying was shot down while carrying members of the Extortion 17 special operations unit in Afghanistan (the same Seal Team Six that later brought down Bin Laden). Seeing the way that town welcomed their fallen hero home really moved us to write the song.”

Like the recent hit film “American Sniper,” “Slow Ride Home” is a powerful and moving piece of storytelling that speaks not only to the profound sorrow caused by the death of a soldier but also to the cathartic healing made possible by the love and support of ordinary folks from ordinary towns all across America. That theme of small town life, from the highs of falling in love and partying on weekends to the lows of paying last respects to a local hero, runs right through the heart of Young For A Long Time, the extraordinary new album set to be released on April 14 by Cleopatra Records. Duane Propes, the group’s bass player, declares it “the best album we have ever made” and he may be on to something. Undoubtedly the band has never sounded more confident, as the chorus of the titular lead off track proudly declares “Don’t you know by now we’ve got this down / That Friday night fire still hasn’t gone out / We got a rock solid life and a rock n’ roll state of mind / We were born to run / So sit down, son / We’ll show you just how it’s done / ‘Cause we’ve been young for a long time.” The musicianship has only improved with age as well with Porter Howell truly coming into his own as the band’s lead vocalist in addition to his dazzling lead guitar work, and backed by the always solid playing of drummer Del Gray. “Young For A Long Time pretty much runs the gamut of everything we’ve ever done, plus takes us down some new roads as well,” Propes continues, “the vocals are there, the guitar work is there, the party songs are there, the ‘make you cry’ love songs, the songs about Texas. We even dive off into swamp rock and torch music, so each songs has a totally different fuel behind it.”

As part of the Young Country movement of the early ‘90s, Little Texas were responsible for shaking up the country music world with a new, energetic sound that fused the look and attitude of modern rock music with traditional country themes and styles, bringing a much appreciated bolt of life into the genre. For their efforts, country fans the world over richly rewarded the band, buying up over 7 million of their albums, while critics showered them with 3 Grammy nominations plus honors from both the Academy of Country Music (Vocal Group Of The Year) and the Country Music Association (Album Of The Year)! “God Blessed Texas,” the 1993 blockbuster single, has become that state’s unofficial anthem, while the powerful ballad and mainstream chart success “What Might Have Been” proved the crossover appeal of country music, paving the way for future acts such as Rascal Flatts, Zac Brown Band, and others. Young For A Long Time is the culmination of everything the band has achieved up to now with 11 superbly crafted compositions plus brand new recordings of the aforementioned hit singles. Add in a whole slew of shows lined up for 2015, and it’s clear that the mavericks of country music are back and ready to shake things up once again!