Concert Review: George Thorogood and the Destroyers At The Colonial Theater 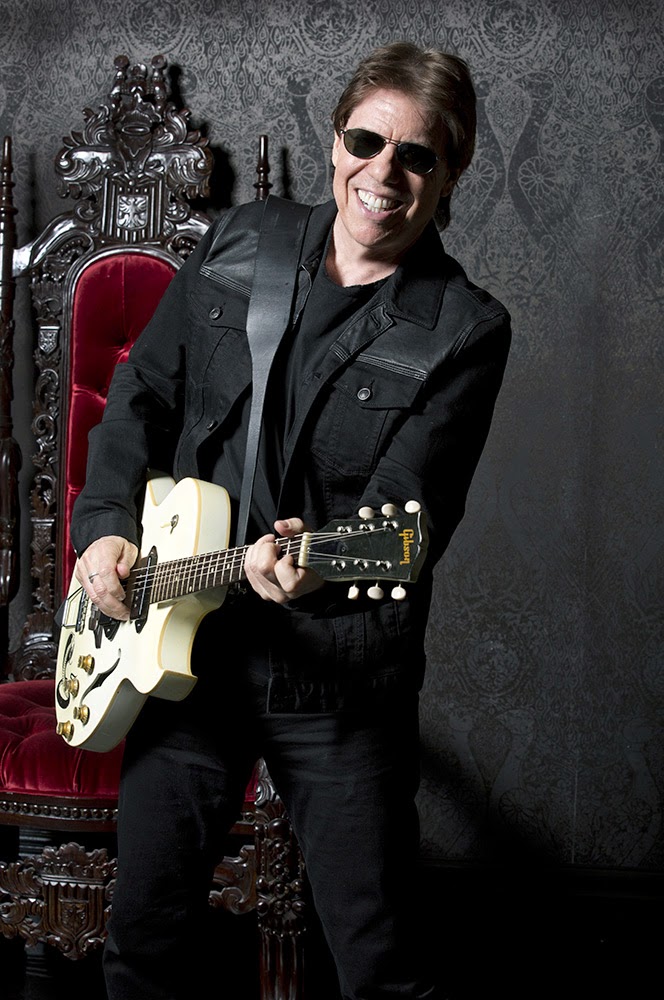 March 3, 2015-The inclement weather did not stop anyone from packing the house at the Colonial Theater in Pittsfield Massachusetts. Once everyone got inside that theater the heat was on! And did it ever start cooking once the legendary guitarist/vocalist George Thorogood took the stage.
Massachusetts’ own Barrence Whitfield served as the warm up to get us all in the mood. He is to say least, one of the liveliest entertainers I have seen in some time. He bounces across the stage and even rolled around on it before he left after his last number. Whitfield has quite a vocal range however he adds a lot of unnecessary screaming to an otherwise good song. Other than that it was a good warm up act.
Thorogood goes back a few years and he has long history of successful recordings and live performances. This is the Badder Than Ever Tour and at a very young 65 this cat still has plenty left in his tank.
It was a great show and there is no other way to describe it. Thorogood’s band consists of Jeff Simon (drums), Bill Blough (bass), Jim Suhler (guitar) and Buddy Leach (saxophone). This group of gents provided solid support for George.
So after over four decades of rockin’ the world George made his way from up north at his last stop to our humble Berkshire County. What we witnessed was a performer that has not lost a step since the passing of time. His voice is strong as ever and his guitar playing superb. There was an interesting way to kick things off on this night though. Derek Gentile, long time columnist for the Berkshire Eagle was there with pen and pad taking his notes and providing some of us own coverage when suddenly George pointed to him to come forward to the stage. He promptly asked him for his note pad and Derek obliged then the star of the night took it and flung it across the stage and said “That’s not the way you are supposed to do it” or something to that effect. I had never seen anything like that before. Needless to say Mr. Thorogood doesn’t pull any punches and tells it like it is just as he does in all his songs. I know he is straightforward from personal experience as I had the opportunity to interview him in 2003.
Thorogood knows how to rock the crowd and not just with music, he is a true showman. He seems to adore the adulation he receives from the audience and it’s definitely a two way street. When he lets go on some smokin’ hot slide riffs the crowd just loves it. His combination of rock and blues keeps those fires burning from within one song to the next.
He played all the favorites, “Who Do You Love,” “Bad To The Bone,” which I was surprised was not the encore, “Madison Blues” was. And then to  get all the partiers rolling he kicked in with “One Bourbon, One Scotch, One Beer” and of course “I Drink Alone.” The one song that I had forgotten was “Get A Haircut.” What a great song full of humor and trademark Thorogood innuendos too. The one thing that is a guarantee you will get with a song from George, a good dose of humor and irony or just everyday life things included with a large helping of blow off the roof off rockin’ blues.
I loved the way the show ended with the encore and everyone on their feet clapping, a man in the front row sat down and George promptly looked down and said “WTF you doing sitting down?” He jumped right up on command as King George had spoken. That was one of many laughs for the night along with fantastic music.

I thought perhaps because of the weather the crowd would not be as large as it could be, I was dead wrong to even have that cross my mind. There is a reason George Thorogood has been around for so long. The man respects his craft and gives the audience everything he has every night. I saw it for myself and it’s a beautiful thing to see someone on stage in their element making everyone happy with their music. If George and the boys roll into your town make sure you mark it on your calendar to catch their show.
Keith "MuzikMan" Hannaleck-Write A Music Review Founder
March 5, 2015
Posted by Keith "MuzikMan" Hannaleck at 3/05/2015