Third World, One Of The Biggest Crossover Successes In Reggae Music, Returns With A Salute To The Hits Of Our Time! 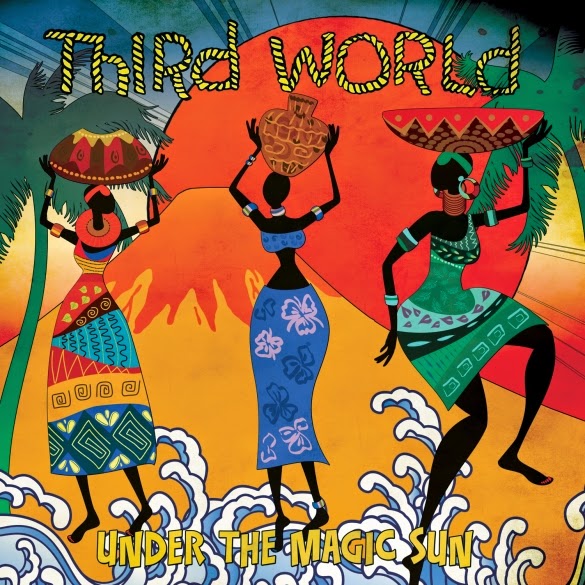 Los Angeles, CA – "Strictly a reggae band, no. Definitely a reggae band, yes." So said Bunny Rugs about his band, the legendary Third World. While the band formed in 1973, and developed during the golden era of Jamaican roots reggae, they were never myopic in their musical vision. Third World have also incorporated folk-pop, hard rock, bossa nova, rap, light pop-jazz, doo-wop and calypso into their songs over the years. Their style has been described as reggae fusion. Under The Magic Sun contains Third World’s interpretations of classic hit songs such as Bread’s “Everything I Own,” REO Speedwagon’s “I Can’t Fight This Feeling Anymore,” CCR’s “Have You Ever Seen The Rain,” and more. Also included are new versions of the band’s own previous hits “96 Degrees” “Try Jah Love” & “Now That We Found Love.”

In their own words now about this project, let’s turn to the members of Third World.

Richard Daley
"We are very passionate about livicating this album to our dear brother Bunny Rugs who we lost in early 2014. He was recording with us during the beginning of the project but took ill midstream. We know he would be proud of this collection of Billboard Classics. This is the first album we have ever recorded that features 4 different lead vocalists in the group - Bunny Rugs, AJ Brown, Cat Coore and Maurice Gregory all share lead vocals on the project."

Cat Coore
"The Under the Magic Sun project is by far the most interesting project I personally and Third World collectively have done for many years. Revisiting these great songs was a pleasure and an honor and I sincerely believe we will be successful with this Cleopatra Records project. "

Maurice Gregory
"This Cleopatra album is a monster. Not only am I a musician, singer and producer on the project but I'm a fan of the Under the Magic Sun album. Taking these classics and putting that twist and the Third World feel to it was exciting and refreshing...it gives these tracks a new perspective.”

AJ Brown
"Working on Under The Magic Sun was a treat for me. It's always a challenge to take a song that is already a certified hit, reinterpret it and give it a different twist that revitalizes the song to the point where it has the potential to become a hit again. I particularly liked the selection of hit songs and enjoyed infusing my own vocal interpretations. It was more of a joy than a challenge working on this project. I believe the group has met and even surpassed expectations."