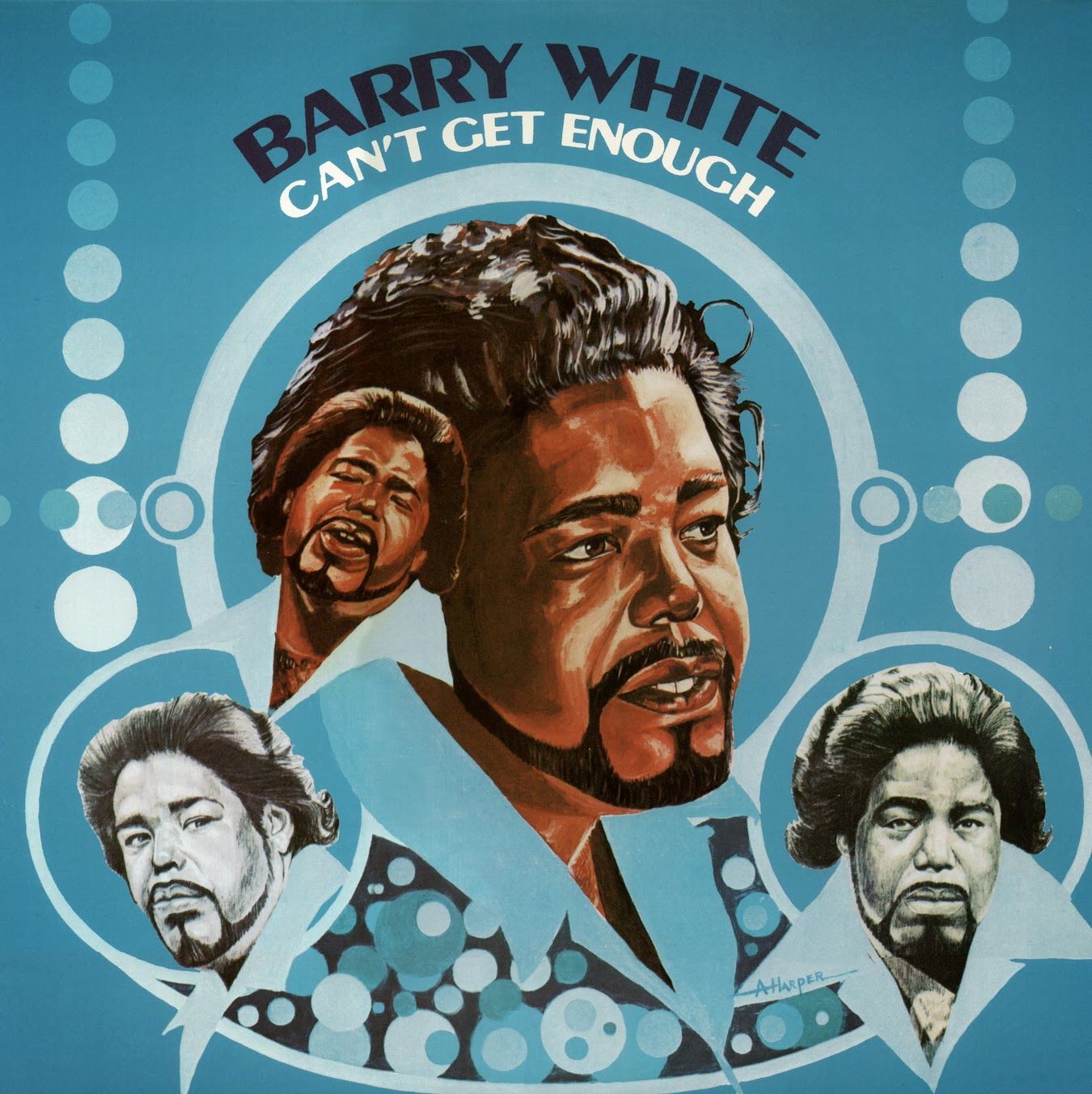 “...slinky, funky and seductive... A unique and timeless piece of artistry.”

Camarillo, CA – Much to the excitement of Barry White fans worldwide, Marshall Blonstein's Audio Fidelity is releasing a limited numbered edition 180g vinyl LP of soul legend Barry White's critically acclaimed 1974 masterpiece 'Can't Get Enough' on February 18, 2014! 'Can't Get Enough' made Rolling Stone magazine's list of the 500 greatest albums of all time! This is the first time Barry White's music has been given the audiophile treatment! It's also the first time the lyrics to all the vocals on the record are included, listed on the inside of the attractive glossy coated gatefold jacket.

By the time he hit his stride in 1974 with 'Can't Get Enough', Barry White had firmly established his vocal persona on the contemporary music scene. This is the third in his stellar run of album successes. The album topped the Billboard 200 and R&B charts and peaked at #4 in the UK.

Barry White's allure lay in his ability to craft beautiful love songs and embellish them with luxurious strings, a great rhythm section, and a gospel-styled female chorus. The combination is never more evident than on the classic title track as well as the song “You're My First, My Last, My Everything”, an anthem that appealed to White's pop audience. Both of these uptempo #1 chart-topping tracks were early echoes of the danceable, orchestrated funk stylings that became the sound of the disco era.

In addition to the hits, “I Can't Believe You Love Me” and “Oh Love, Well We Finally Made It” qualify as two of White's most fetching slow burners. The album is bordered by “Mellow Mood (Pts. 1 & 2)”, two brief orchestral instrumentals that showcase White's knack for layered arrangements.

Side Two
1. Can't Get Enough of Your Love, Babe
2. Oh Love, Well We Finally Made It
3. I Love You More Than Anything (In This World Girl)
4. Mellow Mood (Pt. II)
Producer Barry White
Mastered by Kevin Gray at Cohearent Audio

Email ThisBlogThis!Share to TwitterShare to FacebookShare to Pinterest
Labels: Barry White, R and B, R and B-Soul, Soul, Vinyl LPs