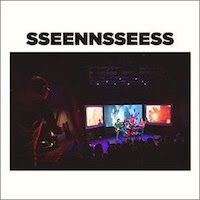 If you were to search through all the bands going today then it would probably be hard to find one quite as prolific as Finnish rockers, Circle. Since their 1994 debut album, they’ve released over twenty-five records; that’s not including the dozens of live albums and EP’s that they’ve also put out.

Their latest release is a collection of three albums. It brings together a reissue of 2008’s Hollywood, their last studio album Incarnation and brand new live album Sseennsseess.

While listening to the different releases included in this pack, it quickly becomes clear that Circle are a band that aren’t afraid to mix things up. You could take tracks from the different records here, put them side by side and not realize they’re by the same band.

Just because their songs can sound so radically different from one another, it doesn’t mean that everything is disjointed; there are definitely things that bring all the material together. “Connection” the opener to Hollywood, gives a first taste of the fast and frenetic drumming that is a key part to the Circle sound.  The frantic beats make it hard to not get drawn in by the music. They’re so pounding and in your face that they’re virtually impossible to ignore.

Off the three records in the pack, I think it’s fair to say that Hollywood is the lightest and so works as a good introduction to Circle. Incarnation is a far moodier and more aggressive record. The growling, vicious vocals on “Infamy” are a million miles away from anything on Hollywood.

The newest record here, Sseennsseess, sees the band take another turn. They go from the dark and twisted sound on Incarnation to long, sprawling, largely instrumental tracks; the highlight of which is undoubtedly the phenomenal “Sleepwalker.”

Having listened to Hollywood, Incarnation and Sseennsseess, it’s hard to really pick a favorite from the three – they’re just too different to be compared with each other. But, what it has done is make me want to check out more from Circle’s vast back catalogue. Whatever you’re in to, it’s definitely worth giving Circle a chance because they’re bound to have something that you like.